According to reports, the US government is spending millions of dollars to produce additional monkeys for scientific research, after a scarcity of the animals deteriorated during the COVID-19 epidemic.

As per the scientific magazine Nature, demand for non-human primates has increased significantly in the United States since the NIH awarded funds to research coronavirus and HIV/AIDS last year, necessitating the animals’ use in vaccine testing.

According to the publication, the NIH has invested approximately $29 million over the last two years in primate housing and care, as well as other infrastructure improvements, at the seven National Primate Research Centers (NPCs) in the United States, and the agency expects to spend an additional $7.5 million by October.

The FY2022 Budget in Brief of HHS provides an extra $30 million to support a 27% increase in funding for non-human primate resource infrastructure at NPRCs and Caribbean Primate Research Centers (CPRC).

The agency said in the proposal that these funds will be used to meet space and infrastructural capabilities requirements, including animal acquisition and transportation, as well as expenditures to increase housing and support space.

According to Nature’s article, the NPRCs received about $8 million in recent financing from the 2020 CARES (Coronavirus Aid, Relief, and Economic Security) Act.

The NPCs house about 22,000 animals, many of which are rodents such as rats, mice, and voles.

Rhesus macaques are known to be the non-human primates most often employed in NPRC research programs, as explained on the center’s website, owing to the animals’ “biological resemblance” to humans.

The website says that species of animals are very carefully matched to research studies to guarantee that the findings are scientifically accurate and relevant to human health.

Nature learned from James Anderson, director of the NIH, that the NIH had convened an internal committee in 2020 to prioritize projects requiring the research on monkeys and that China had ceased supplying cynomolgus macaques at the outbreak’s onset.

Animal testing has always been a source of contention, with animal rights organizations clashing with scientists over the subject.

While debates about ethics and morals continue to rage, experts claim that non-human primates have been essential in the testing of vaccinations and medicines.

One of the “FAQs” on the NPRC website addresses accusations of animal cruelty or maltreatment, saying that all laws and norms set by government bodies are followed.

According to the centers, providing the finest, most compassionate care possible for NPRC animals is a major goal, since it contributes to the scientific validity of study findings. NPRC personnel watches animals daily in order to treat any problems promptly, and all animals, like people, get thorough yearly examinations.

The NPCs adhere to NIH and USDA rules and standards set via the Animal Welfare Act, as well as institutional animal care and use committees. Additionally, all NPCs are AAALAC International accredited, the highest standard in animal care. 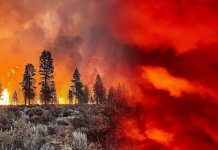