Apple has launched its new iPhone 12 product line on October 13 and the most awaited feature is the 5G connectivity.

5G started gaining popularity last year and is the talk of the town in 2020. Even though 5G is already available on Android phones, its introduction to the iPhone has people raving about it even more.

Apple launched a virtual event to introduce the new iPhones, which include iPhone 12, iPhone 12 Mini, iPhone 12 Pro, and iPhone 12 Max.

Most of the time in the past, Apple has not been the pioneer of new technology. It took a long time for them to jump onto the bandwagon of 3G and 4G LTE.

However, when Apple enters a market and introduces a new feature, it has the kind of influence no other mobile company can compete with. An analyst from Strategy Analytics believes that whatever Apple does become a success immediately because of its reputation and brand image.

Even though they are late to the 5G hype, when the iPhones are launched in the market, they will immediately become the bestselling 5G phones in the market.

Samsung has several 5G models already available in stores, however, after the release, Apple will most likely become the second-largest 5G vendors in the world after Huawei.

Preorders for the phone will begin on 16th October. The phones will also include Apple’s new A14 Bionic processor in addition to changes in the screen and design of the phone. 5G is likely to be 100 times faster than 4G with improved latency as well as Wi-Fi. It could help new and innovative technology just as the 4G upgrade gave birth to Uber, Instagram as well as Apple’s App Store.

Experts are suggesting that consumers start upgrading to 5G phones as soon as possible because it is taking over the market rapidly, just like 4G did. Unexpectedly, the prices of 5G phones have also been decreasing more.

Although amidst the pandemic, people are reluctant to spend money on a 1000 dollar phone, a survey reported by Decluttr shows that 53% of the participants are willing to buy the new iPhone. 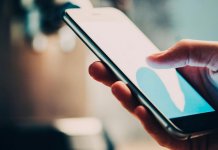