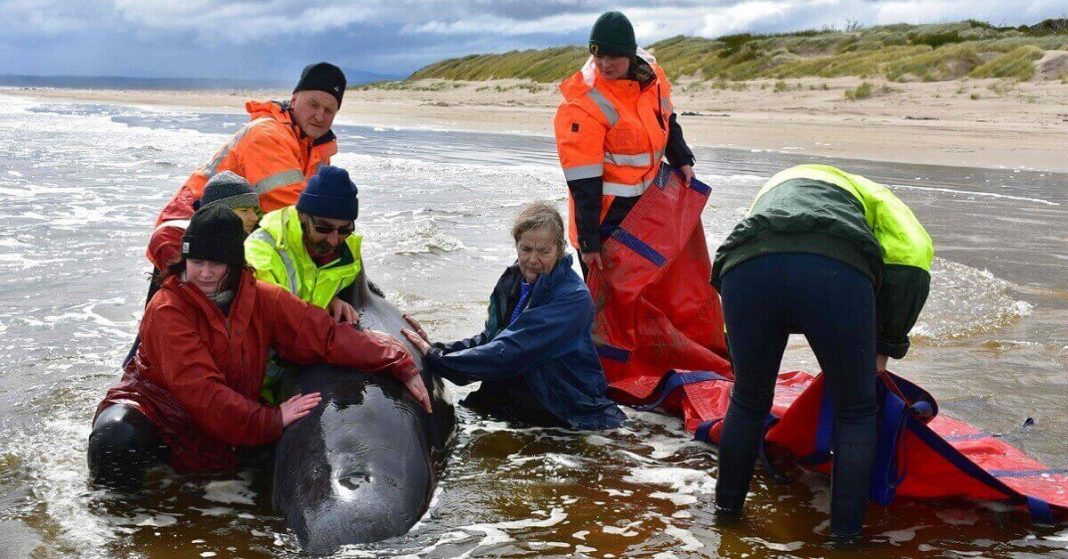 Australia faces the worst mass stranding as 400 pilot whales died on the west coast of Tasmania in just a few days.

On Monday, after spotting a pod of 270 whales stuck on the sandbar, a rescue operation has been initiated with the help of 40 government scientists, 20 police officers along with local fish farmers and many volunteers.

As 200 more of these poor creatures were found on Wednesday, it has become a challenge to save all of these whales. According to reports, around 50 out of the 500 are rescued up till now.

The last time such an event was witnessed in Tasmania, was back in 2009 and included around 200 pilot whales.

The mystery behind the stranding of whales is still unknown. Marine scientist Venessa Pirotta states that there are several theories for why this happens. 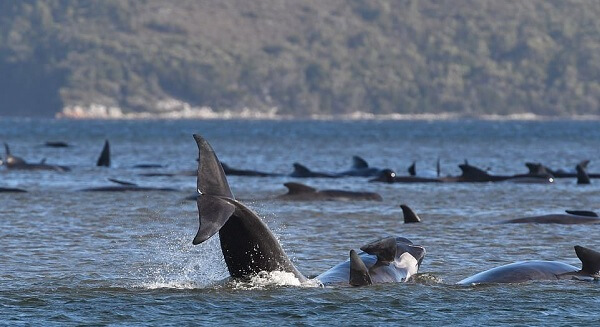 It could be misadventure, some may be preying on a fish and being highly social animals, others might’ve followed and got lost. Some people suggest that it could be that the pod followed a sick whale which led them to an unfortunate situation.

These pilot whales are generally very social so they usually travel in the form of groups. This is really what makes these creatures so compassionate and loving.

It has been estimated that these whales have been stranded since Sunday, so a lot of time has passed and the rescuers are competing with time here.

Logistically, the operation looks extremely difficult as there are a large number of whales spread across the land. In addition, the operation seems to be very tough as you have to wait for the right conditions to release the whales.

The rescuers are doing the best they can by using cranes and boats. Marine enthusiasts hope to find a way in which they can not only help the whales but also prevent such an event from happening.

Moving a whale that is about the size of a car is not an easy job, so depending on the weather and tide; It may take rescuers a couple of days to complete the rescue operation.