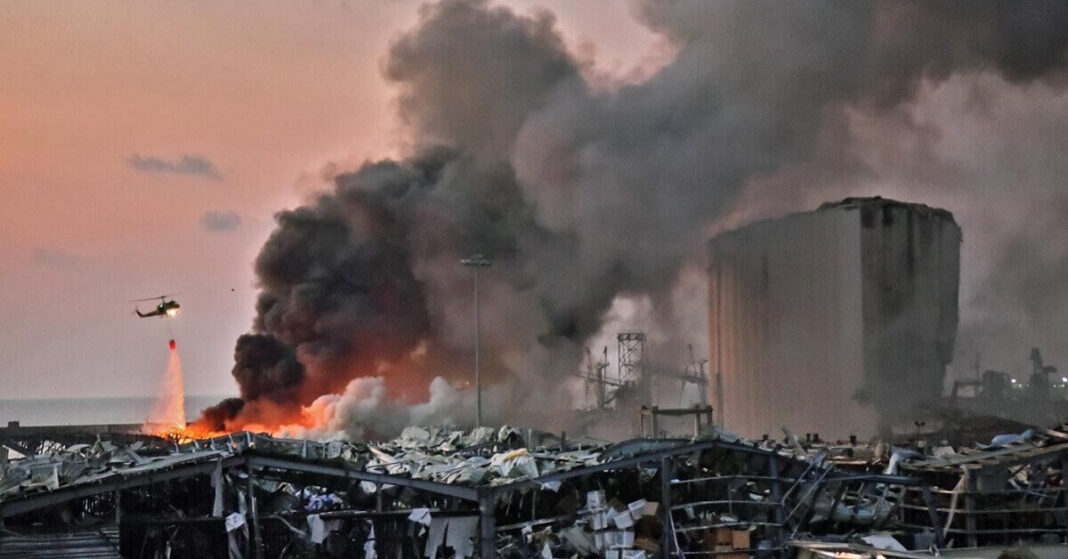 On 4th of August 2020, an explosion occurred that caused by a large amount of ammonium nitrate stored at the port city of Beirut, the capital of Lebanon.

It all started with a large initial explosion and smaller explosions. People said that these sounded like fireworks. These explosions were suddenly followed by an extremely large explosion that sent supersonic blast waves through the surrounding city areas.

The explosion caused devastating damage to the city. All the buildings around the explosion site were leveled. The area was home to about three million people who were all left homeless. There were victims everywhere. The hospitals were crowded in no time.

The blast devastated the port completely. It created a crater at the dockside area about 460 feet wide which was flooded with the seawater. The warehouse and a grain silo adjacent to it were greatly damaged. A ship was blown out of the water onto the dockside due to the explosion. 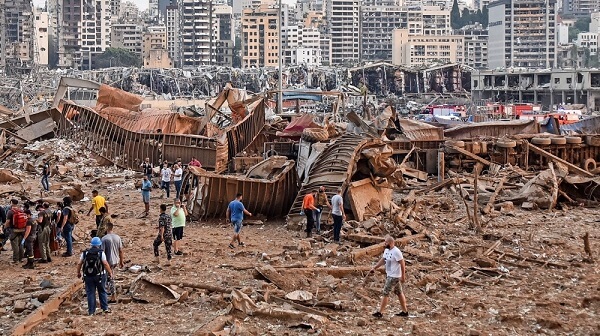 The supersonic blast wave blew out the windows of Beirut Rafic Hariri International Airport. It was felt as far as Turkey, Syria, Palestine, Cyprus, and some parts of southern Europe. “It was equivalent to a 3.3-magnitude Earthquake”, reported the United States Geological Survey.

About 2750 tons of ammonium nitrate was stored unsafely as cargo at a warehouse. Ammonium nitrate is a crystal-like solid substance that is used as a fertilizer and also as an explosive material used in making bombs.

More than 200 people were died, including the firefighters, who lost their lives saving the lives of people during the explosions.

The president of the country promised to do a complete investigation of the event and 20 people have been arrested. People believe that the explosion is a result of years of mismanagement and corruption of the government.