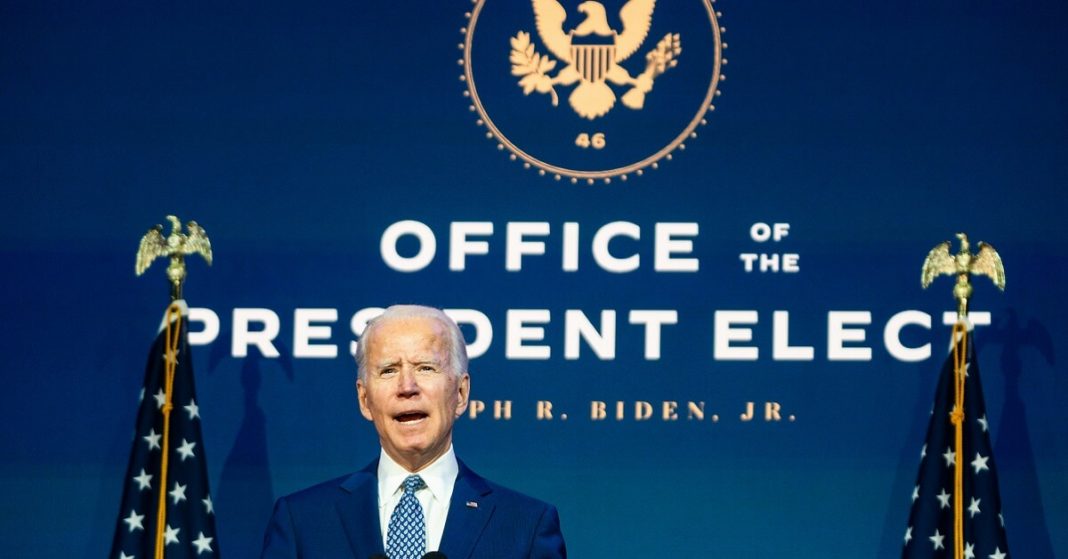 It is time for Democrats and Republicans to ignore all the differences they have and come to a consensus regarding the COVID relief bill, urged President-elect Joe Biden. With the COVID infections skyrocketing in the US and the hospitals filling up rapidly, Biden warned that the winter season is going to be very hard for the American people.

Biden highlighted the fact that all the differences that are getting in the way of Democrats and Republicans are not something they cannot control. He mentioned that our actions are going to define our future and both Republicans and Democrats must make the right choices.

He said that in these trying times, people needed officials from both parties to co-operate with each other for positive results. He deemed this extremely important in order to overcome the pain brought about by the current pandemic; and requested the Congress to pass a COVID relief package, like the Heroes Act, which was worth $3 trillion when it was passed in May. However, the Republicans are at an impasse with the Democrats about the size and scope of their next bill.

Biden criticized Trump’s cavalier attitude towards the soaring infection rates. He also stressed heavily the need for Federal-aid from Congress to the state and local governments. Many of these are facing a sharp decline in revenue due to the pandemic, and refusal to act could result in the layoff of emergency workers.

While praising Moderna and Pfizer’s approach to develop the COVID-19 vaccines, Biden doubled down on his pleas to maintain social distancing and wearing a mask.

Making matters difficult, the Trump administration is refusing to share their plans for COVID relief with Biden’s COVID-19 advisory board. This board, comprised of doctors and scientists intends on creating a blueprint for tackling the dire situation once his administration is in office. Trump’s refusal to allow Biden’s team access to federal funding, agency staff, and resources is proving to be a barrier for the President-elect’s plans.

Some Republicans are in talks with Biden, and he hopes that come January 20th, the president might be a bit more enlightened.

Vice-President-Elect Kamala Harris delivered comments before Biden’s speech, in which she mentioned that she had a discussion with Biden on important matters like how the pandemic is going to affect the country. She had this discussion with the president-elect in presence of business and labor leaders of the nation.  She said that the leading months will be tough due to the surge in the cases, but she and the president-elect will try their best to gain control.

Biden mentioned the names of participants in this economic briefing as every attendee is willing to join hands. The names include: