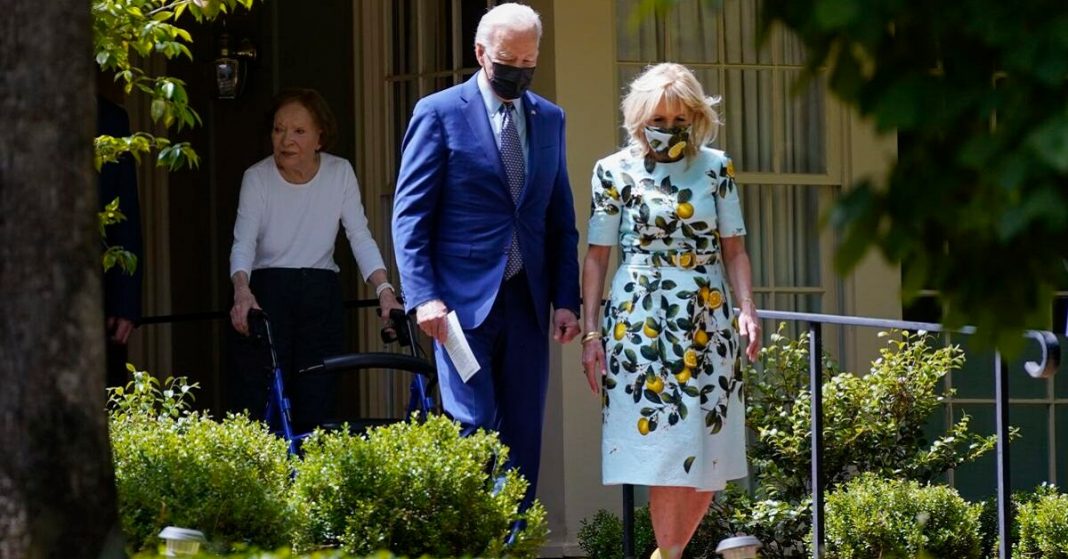 Back in 1976, the current President of the United States, Joe Biden was seen endorsing a former Southern Governor for the presidency. About 4 decades later, Biden came full circle when he visited Jimmy Carter and his wife Rosalyn in Georgia- where the former president and former first lady has stayed for a long time.

The Carter Center released a photo of the visit where Joe Biden and his wife Jill are seen with Jimmy Carter, 96, and Rosalyn, 93. This meeting was a first in many ways: It was not only Biden’s first visit after he took an oath for the presidency but also the first time where the oldest president and the longest-lived former president met together.

Although Jimmy Carter did not come outside to bid Biden and the first lady goodbye, his wife Rosalyn was seen at the door as the two departed. Before leaving Georgia, Biden stated how it was “great to see President Carter” and the pleasant meeting took them back in time where they talked about the “old days.” Biden also added that Carter’s health had improved to a great extent. 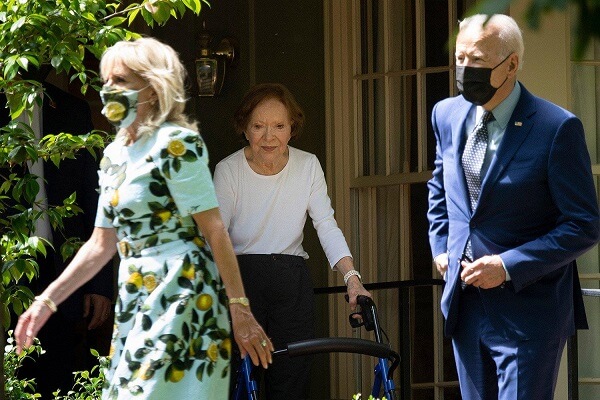 The couple had spent most of the last year indoors due to the ongoing pandemic, but now that they are vaccinated, normalcy has resumed.

President Biden’s visit comes a few days after Jimmy Carter’s vice president, Walter Mondale died at the age of 93. Both of them had talked to Mondale on the phone in the weeks before his sudden death. Mondale has been appreciated by Biden for changing the gist of the vice presidency; a role that Biden took on with vigor during former president Barack Obama’s tenure.

As part of the Atlanta Film Festival scheduled to happen this weekend, Biden has recorded remarks on “Carterland” that was released to The Associated Press by producers Will and Jim Pattiz. “He showed us throughout his entire life what it means to be a public servant,” commented Biden on the role of Jimmy Carter. Moreover, he also acknowledged Mondale for playing a monumental role in the advancement of his political career.

Jimmy Carter had left the realm of partisan politics after 1981 and soon focused his energies on building the Carter Center into an institution with massive outreach in public health and international relations.  Since 1989, the center has scrutinized more than 110 elections in over 38 countries and is on the brink of putting an end to Guinea worm, a parasitic infection.