Many pregnant women are aware that they must increase their diet of nutrient-dense meals when pregnant, with fruits and vegetables topping the list. It sounds like a good idea to consume mushrooms since they are healthful and varied, right? It isn’t so simple though.

Can you Eat Mushrooms while Pregnant?

Most edible mushroom species are safe for pregnant women to consume provided they are cleaned beforehand and properly cooked. This is because Toxoplasma gondii may be found in the soil of unwashed mushrooms, and raw mushrooms can induce gastrointestinal pain.

We chose to develop this comprehensive guide on mushrooms in pregnancy since there are so many different varieties of mushrooms (and methods to prepare them). After reading this, you should be able to safely consume or order mushrooms regardless of how you prepare them. They are, after all, rather healthy! (We’ll go into more detail about this later)

If you wish to consume mushrooms safely, keep the following in mind:

It’s unlikely that you’ll consume enough mushrooms to reach a hazardous level of agaritine, and there is no research on the effects of agaritine on pregnant women. However, you should avoid eating raw, undercooked mushrooms for the same reason. Cooking is supposed to reduce agartine levels.

Mushrooms are safe to consume during pregnancy if they are cleaned and cooked. For the sake of clarity, we’ve included the following mushroom cooking techniques that are commonly inquired about:

Can you eat mushrooms while pregnant? There are a variety of mushroom-based recipes that you may have questioned about in terms of pregnancy safety. Here are a few of the most well-known:

It is yet to be investigated whether mushroom coffee has an effect on unborn babies. Therefore, it is advisable to avoid mushroom coffee during pregnancy until additional information is available.

If you’ve read thus far, you are already aware that most edible mushrooms are safe to eat if cleaned and cooked properly. However, we understand that when you’re pregnant, you want to be completely certain that the mushroom species you’re eating is safe, and you want specific details.

The following is a list of the most common mushroom species that you may be interested in learning more about. Because they’re not consumed as cooked food, but rather as a supplement or powder in considerably larger dosages, some aren’t healthy to consume during pregnancy.

Always buy wild mushrooms from a trustworthy source, and never select and consume a mushroom in the wild if you are uncertain about it during pregnancy. Keep in mind that there are many poisonous mushrooms that seem similar to edible ones, so avoid mushrooms discovered in the wild unless you’re an expert.

Is It a Good and Healthy Choice While Pregnant?

Mushrooms are an excellent option for pregnant women if they’re cleaned and cooked correctly. They contain no cholesterol and are low in calories and fat, making them nutritious vegetables.

Mushrooms are safe to consume in the first trimester of pregnancy, as well as all later trimesters.

Of course, how mushrooms are cooked might affect how nutritious they are during pregnancy. Breaded, stuffed or deep-fried mushrooms will add calories and fat to your diet, but sautéed mushrooms in garlic over wholegrain toast is delicious and far better.

What are the Nutritional Benefits of Mushrooms During Pregnancy?

Mushrooms are a wonderful source of a variety of critical vitamins, minerals, and nutrients that you’ll need while you’re pregnant, in addition to being low in calories and fat.

Although the number of antioxidants in mushrooms varies depending on the kind, they are a rich source of Vitamin C, Selenium, and Choline in general. They also include a variety of B vitamins, are strong in fiber, and contain folate, which is necessary during pregnancy.

Overall, mushrooms are a good option of food to eat while pregnant, as long as they’re cleaned and cooked appropriately.

There are better ways to prepare mushrooms than others, but treat them the same way you would any other healthy vegetable: sautéed, roasted, or grilled mushrooms instead of stuffed, fried, or in creamy sauces.

From the above discussion, we can easily infer that consuming mushroom while you’re pregnant is safe until it complements the cooking methods and types discussed above.

If you have any queries over the topic “Can you eat mushrooms while pregnant”, please let us know in the comments section. 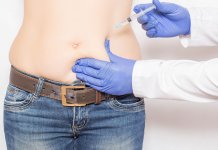 What are Lipotropic Injections & Do They Work? Side Effects & Alternatives