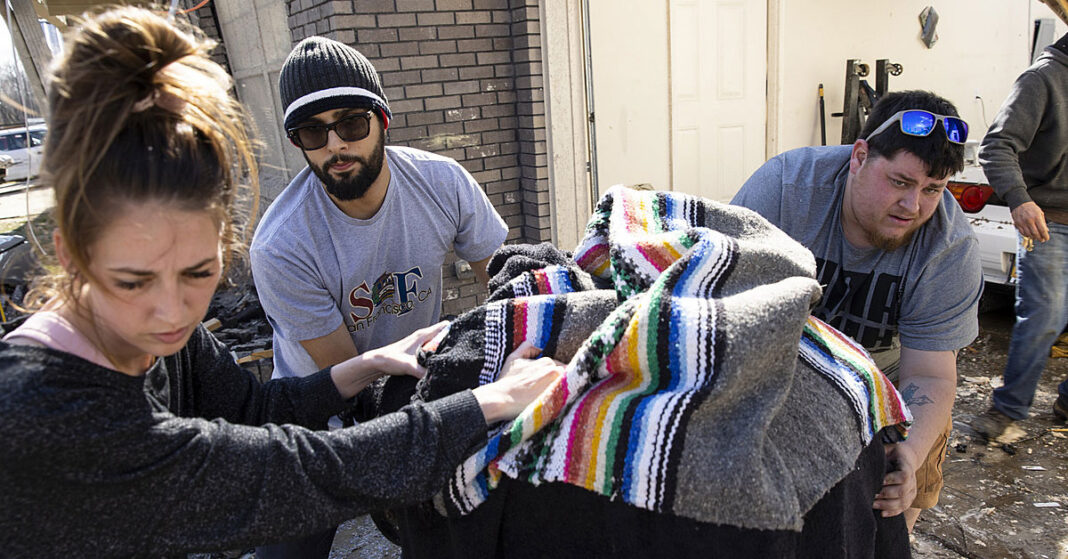 On Easter weekend, storms were expected in the Chattooga area followed by harsh weather, heavy rain, and flooding.

John Brook stated that he had been enjoying the late evening and when he decided to go to bed. That is when the storm hit hard.

After that, they all grabbed each other and made their way to the basement just in time. It was terrifying because they heard the top of the roof flying off.

It was also warned by the National Weather Service that a thunderstorm was expected in the Tennessee Valley region on Sunday evening. Chattanooga was under the risk of both Flood and wind storms.

The latest forecast were thunderstorms and showers to start before 11 a.m. Also, high winds were expected to hit across the East Tennessee Mountains lasting from late Sunday morning till Sunday night.

Early Monday was also expected with showers and thunderstorms until 8 a.m. The chances of precipitation were 60 percent and Monday night was likely to be cloudy with the north winds blowing nearly 10 miles per hour.

However, predictions for the rest of the week were mostly sunny and the chances of rain were between 20 to 40 percent.

Seventeen people were hospitalized due to tornado-related injuries, which destroyed many buildings, and thousands of people had no electricity.

Rescuers had to handle a lot of difficult situations.

People from the surrounding towns and cities that were not at all in any danger were all ready to help in whatever way they could. It has become a hallmark of Tennesseans, receiving texts from people offering their help.

The tornado was surely a powerful disaster, destroyed everything that came to way.