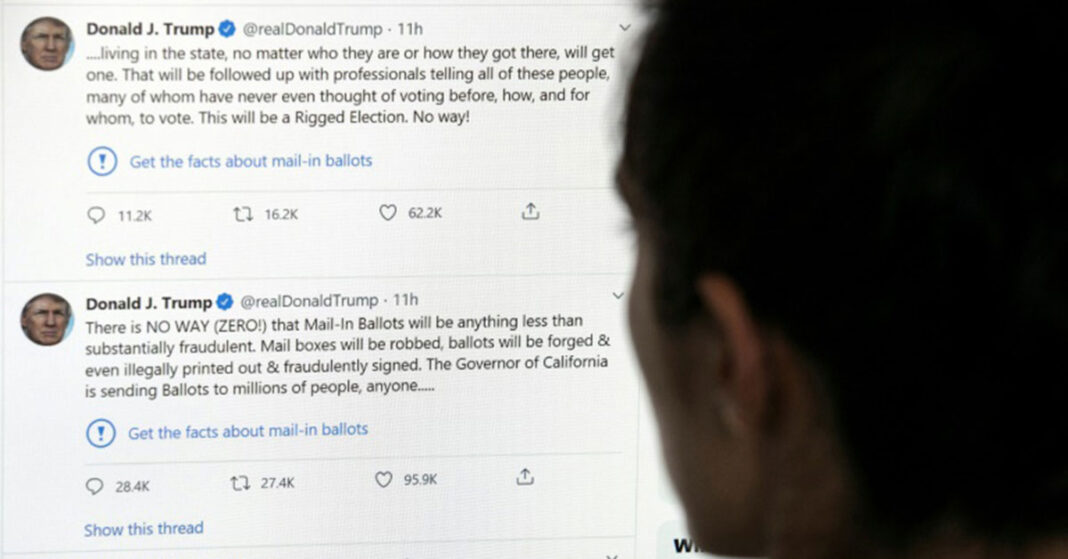 Keeping all the recent events in mind, Donald Trump has warned people that he will close down all of the social media platforms. There are many people on these sites, especially Twitter who raise points against whatever Trump says. They pushed him after the George Floyd incident. All of this led Donald Trump into threatening them by saying that in case these social websites are not regulated properly, he will close them down forever.

Donald Trump showed his anger through one of his tweets on Wednesday May 27th . He said that Republicans feel that social media platforms totally silence conservatives’ voices. After this, he further added that in case it continues to happen, he will start regulating social media platforms and if things go out of hands, he won’t be hesitant in closing them down forever.

The press secretary of White House, Kayleigh McEnany, told the reporters on the same day, that Donald Trump is planning to sign an executive order regarding certain social media companies. Other than this, she didn’t disclose any personal details about what it is going to be. She said that it’s a secret and won’t be exposed before the signing actually happens.

There have been a lot of occasions, where Trump was attacked on Twitter by the general public. At various times, Trump has threatened to take actions against people bashing him on social media but hasn’t really acted upon it so far. In 2018, a very well-known federal judge declared that Trump cannot ban people’s voice on social media as it will violate their right to speak.

According to the first amendment, everyone has the freedom of expression to say whatever they feel and Trump cannot snatch it away. But we doubt that President Trump really cares about any amendment laws because this time it actually seems that he’s going to ban major social media sites which are popular for bashing him over and over again.

Jameel Jaffer, executive director of Knight First Amendment Institute in Columbia, says that Trump’s threat of banning social media sites is such an absurd thing to do. He says that this shows that the president never really cared about any of those amendments in the first place.

In the past, Trump has posted some really horrifying tweets regarding several issues. Most people react to these tweets by reporting them to twitter officials but these tweets are never taken down by them. It is said that Twitter has a policy that doesn’t allow them to take down anything that is tweeted by any of the world leaders. Well, to be honest, this doesn’t look fair because not all world leaders are as great as they seem to be.

So let’s see, if Trump really does as he says and takes done Twitter and other social media sites or he cares about the first amendment laws and allows the public the right of their expression.