DeSean Jackson, who is a well-known American footballer, says that he has no hatred for the Jewish people and has apologized on two separate social platforms including his Instagram. He also added that he will try to be better than this in the future.

This is all because recently, he posted an anti-Semitic message on his social media and attributed it to Hitler. His post also showed praise for famous leader Louis Farrakhan who belongs to the Muslim community.

His post caused outrage in the Jewish community. The Eagles said that Jackson is being offensive and harmful towards a certain group of people. They also said that the Eagles don’t support such racism and appropriate actions will be taken against DeSean Jackson. This may be because the general manager of this team named Howie Roseman and owner, Jeffrey Lurie are Jews so there is no doubt that Jackson’s post caused a huge disappointment to everyone.

On Tuesday, Jackson talked with ESPN where he deeply apologized for his words. He further added that he wants to educate himself so that he doesn’t make such a statement in the future. He showed his interest in working with the Jewish community after which his team contacted the leader at the Chabad Young Philly and talked about different ways in which DeSean can donate and work with them. 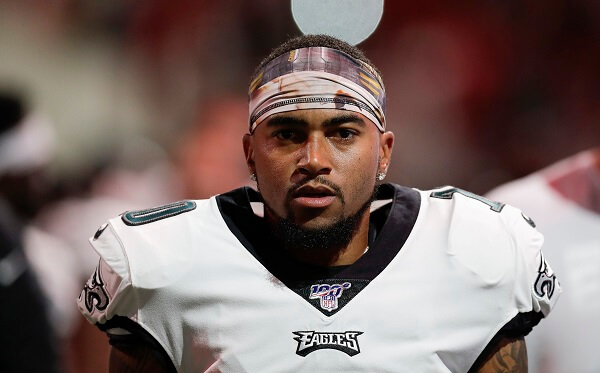 All of this outrage began when he posted a quote on his Instagram story. He also posted pictures on his account where he admired Farrakhan, who is popular to be an anti-Semitic. After all the controversy, he deleted these posts.

All the fans and supporters of the Eagles team got offended by his posts so the team has officially issued a statement saying no matter what DeSean Jackson’s intentions were behind his posts, but he was surely being offensive and ignorant. On Tuesday, NFL also commented on this issue and stated that whatever Jackson said was highly inappropriate.

Even though Jackson has now posted an apology with a promise of doing better but still it’s hard for his Jewish fans to look past this mistake. They seem to be disappointed with him. Jackson states that he thinks he’s taken the wrong way. He didn’t mean to spread hate against a certain community and he’s sad that he made Jews feel that way. But his intentions behind all of this were to promote love and acceptance for everyone.

Jackson said that he will try to be better by educating himself more. He also promised that in the future he will not say any such thing which will hurt the sentiments of his people. After finishing his sentence, he added the ‘fist’ emoji in various skin tones to show his solidarity with the people of color and to let everyone know that he doesn’t support racism at all.