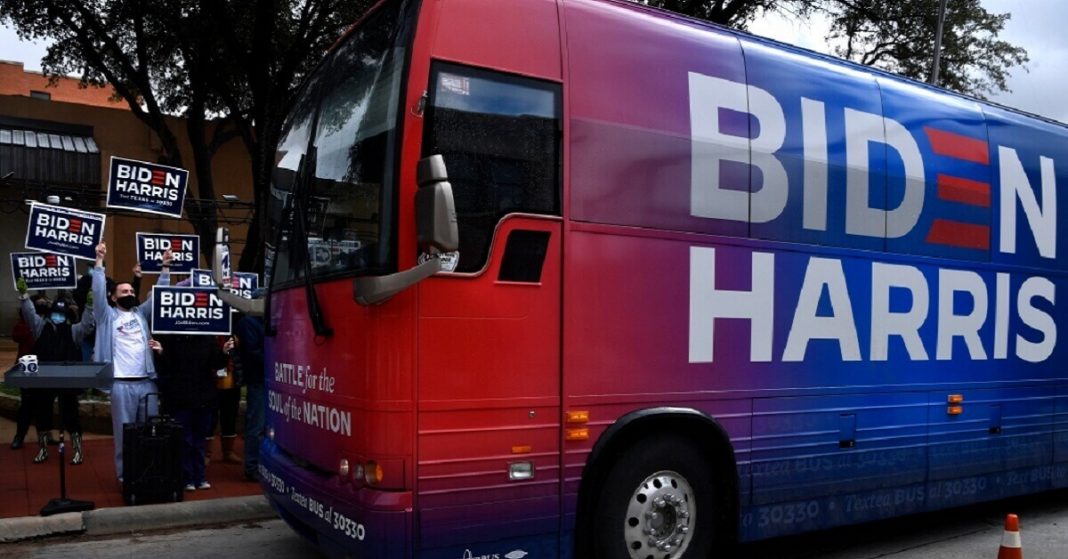 An incident took place in Texas recently where several Trump supporters were harassing the Biden Bus on the highway in vehicles donning Trump’s flag.

The spokeswoman for the FBI has confirmed that the incident is being investigated. Trump tweeted to defend his supporters, claiming that they were patriots and the FBI should instead direct their attention towards ANTIFA.

In my opinion, these patriots did nothing wrong. Instead, the FBI & Justice should be investigating the terrorists, anarchists, and agitators of ANTIFA, who run around burning down our Democrat run cities and hurting our people! https://t.co/of6Lna3HMU

He proceeds to accuse ANTIFA of being terrorists and claims that they are burning down cities and harming people.

The Democrats had to cancel two of their scheduled events in Texas and criticized Trump for supporting these acts of harassment and intimidation.

The Texas State representative reports that in addition to tailing the bus, the supporters were also armed and jammed traffic for 40 minutes.

A historian who was scheduled to participate in get-out-the-vote efforts also shared a video on social media, claiming that the Trump supporters were trying to drive the bus off the road.

This incident also resulted in a crash between an SUV and a truck. The police released an escort for the bus but they were not able to reach the bus because of the traffic jam.

Even after the incident had caused so much chaos and damage, Trump was tweeting in support of the perpetrators. Many Trump followers on social media also came out in support and encouraged their actions. 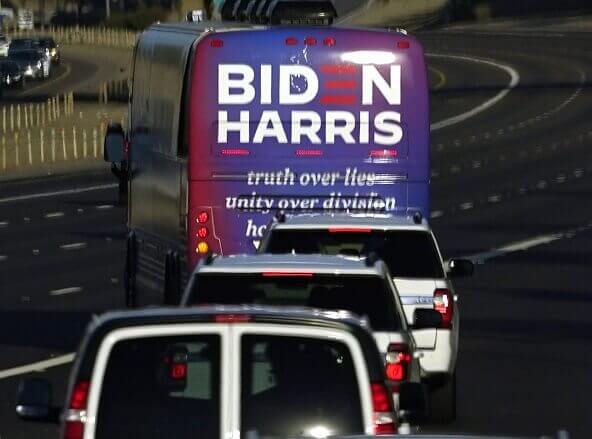 A spokesperson for Living Blue also commented on the matter, saying that this is a huge problem in this state that racist people have control. She compared them to the KKK.

She continues to add that they were shouting the N-word from their vehicles as well as disrespecting the BLM flag. She believes this was an act of domestic terrorism and the president endorsing their actions made matters worse.

When Kamala Harris, the vice-presidential nominee was visiting the state, Donald Trump Jr. was motivating the harassers to continue with their intimidation tactics. The Biden campaign had to cancel their events because of fear of the safety of the candidates.

As reported by FiveThirtyEight, Biden is lagging by 1.5 points in polling averages in Texas.

The communications director for the Biden campaign has criticized them for putting their candidates at risk instead of having civil productive discussions.