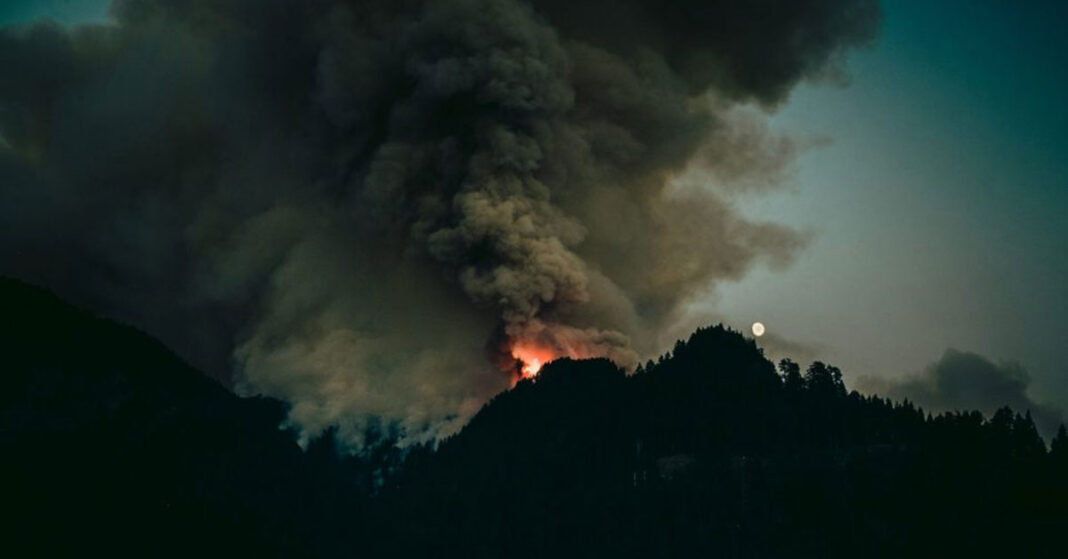 Gender-reveal parties are so common these days. Couples plan these parties to know the gender of their upcoming baby creatively. Many innovative techniques are adopted nowadays to disclose the gender of the baby. The most common methods are the color of frosting inside the cake and confetti inside the balloon. Blue is used to represent a baby boy is coming while pink declares a baby girl is on her way. These parties are fun and a very cheerful way to share joy with the closed ones. However, these parties can go wrong and can prove to be deadly. The 2017 Sawmill fire is the living proof of how a gender-reveal party can cause immense damage.

The video of the gender-reveal party that revealed the reason behind the deadly fire of Sawmill was released by the United States Forest Service. It showed how that party went wrong, causing the massive fire and creating damage worth $8 million in Arizona.

Captured on April 23, 2017, the video displays that there is a makeshift target consisting of the words “Girl” and “Boy” written on it. The makeshift was positioned in the middle of the forest near Green Valley, Arizona. A few minutes later a gunshot was heard which explodes the target. Blue smoke was revealed which ignited the enclosed area on fire within seconds. Dennis Dickey was the person behind the trigger. The party was arranged by him and his wife to reveal the gender of the baby they were expecting. The target was filled with colorful material that was supposed to burst in blue or pink. Dickey was an off-duty Border Patrol agent who shot the target. The shot actually had a strongly explosive substance in it which caused this massive fire.

There was a person in this clip removed by the US Forest Service due to privacy concerns who rushed to the burning area. If listened carefully, you can hear a voice screaming “Start packing up”.

A small event that was meant to be harmless and full of joy burned nearly 47,000 acres of land. The hay of Coronado, a federal area governed by the US Forest Service, was also included in the fire. Eight hundred firefighters were needed to control the fire that went for a week.