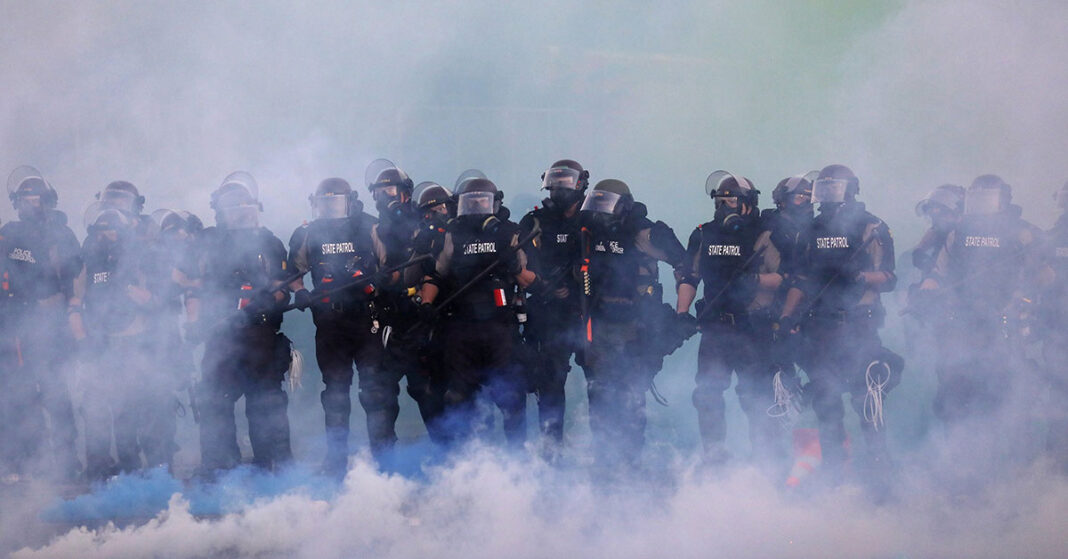 The death of George Floyd, an African American, by the hands of the police had caused rage and anger among many US citizens. Multiple cities across the United States of America have witnessed protests and unrest against the cruel police who killed George Floyd in Minneapolis. People showed anger and set up fires in the capital along with the White House.

Curfews were imposed by mayors of many cities and security had been assigned by governors. The extreme frustration and rage of citizens were due to the continuous failing system of America’s policy about the deaths of Black people by policemen. However, the protestors were not affected by this move and still managed to gather to raise their voice. They didn’t get afraid of the curfew. Since George Floyd’s death, 4100 and more protestors have been taken into custody.

The protests started in Minneapolis, where the video of a black man killed by a police officer emerged. The authorities placed a National Guard force to contain the protests. They drove a semi-truck into the protest consisting of thousands of citizens happening on a bridge close to the city’s downtown. The authorities claim that no one was hurt during this protest.

In Washington, D.C, Lafayette Park, which is located in front of the White House, has experienced extreme disturbance when the police tried to implement the curfew forcefully. The Church of the Presidents has a basement that caught fire for a brief time until the firemen came to put it out. Several fires resulted in surrounding the Washington monument with smoke. The authorities deployed DEA agents and US marshals’ personnel to control the situation and tear gas was also fired on the protestors.

Thousands of citizens gathered on the streets, advanced through the Manhattan, and stopped at Union Square to set police cars on fire. Multiple other fires were caused during the disputes between the protestors and the police.

Peaceful riots have been witnessed in Brooklyn. Many families joined the protests. A woman expressed her feelings by saying that social media isn’t enough now to raise their voices, her husband and child are black and she is tired of them killing black people.

Police were severely criticized for their actions taken during the protests. They were blamed for arresting protestors, attacking them, and using intense methods to stop them.

Tear gas was used once more in Atlanta city due to which two police officers lost their jobs and three were assigned the desk duty because of using extreme force on Saturday night. A video helped in bringing this incident to light. It was shown in the video that a bunch of cops surrounded a car. There was a woman and a man in the car. Police officers forcefully pulled the lady out and zip-tied her hands while for the man a stun gun was used.