Two of the Republican senators in Georgia competing in the run-off elections are in self-imposed quarantine, because of reports of Senator Kelly Loeffler having contracted the coronavirus.

According to her campaign, she tested negative in the two rapid COVID tests. However, later on in the same day after campaigning, she took the PCR test, which lessens the risk of false positives and false negatives, and her results came out positive.

Stephen Lawson, the spokesman for her campaign announced that she will remain in quarantine and be tested again for precautionary measures until two consecutive negative results are received.

Her campaign updated that following her positive test, she received an inconclusive test result the second time. Senator David Perdue will stay in quarantine until Loeffler tests negative.

Loeffler abided by CDC’s instructions and warned anyone who had been in close contact with her. 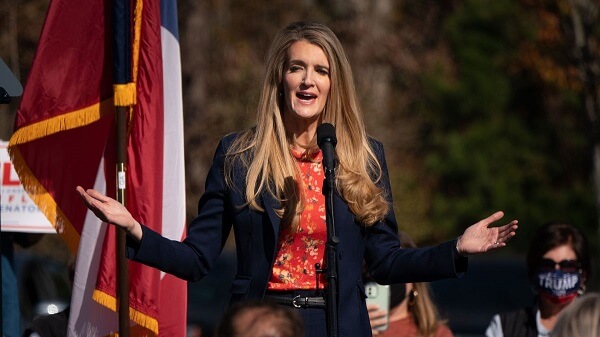 Loeffler and Perdue are competing with the Democratic candidates, Raphael Warnock and Jon Ossoff in head-to-head matchups. Previously in the elections on November 3, none of the contenders were able to reach 50% of the vote.

This out of the ordinary instance of two senate elections in one state is due to Loeffler being nominated by the Governor of Georgia after the previous Republican Senator had to resign from health concerns.

The senator who wins this election will have to compete again in 2022 for re-election.

The runoff is scheduled to take place on January 5. This election will determine whether the control of the Senate goes to the Republicans or the Democrats with 48 seats currently held by Democrats and 50 by Republicans.

If the outcome results in a 50-50 tie, Vice President Kamala Harris will cast the vote to break the tie.

Loeffler tweeted photos of the candidates campaigning in the state along with the Vice President as well as the US Agriculture Secretary. They were standing close to each other without masks, which is against the guidelines released by health professionals.

Georgia is FIRED UP to hold the line 🇺🇸 #gapol #gasen pic.twitter.com/7pR7w1LDeh

Loeffler also appeared with Florida Senator Rick Scott a week before while campaigning. The two were present at a crowded bar with no social distancing measures and almost no one was wearing masks including the senators.