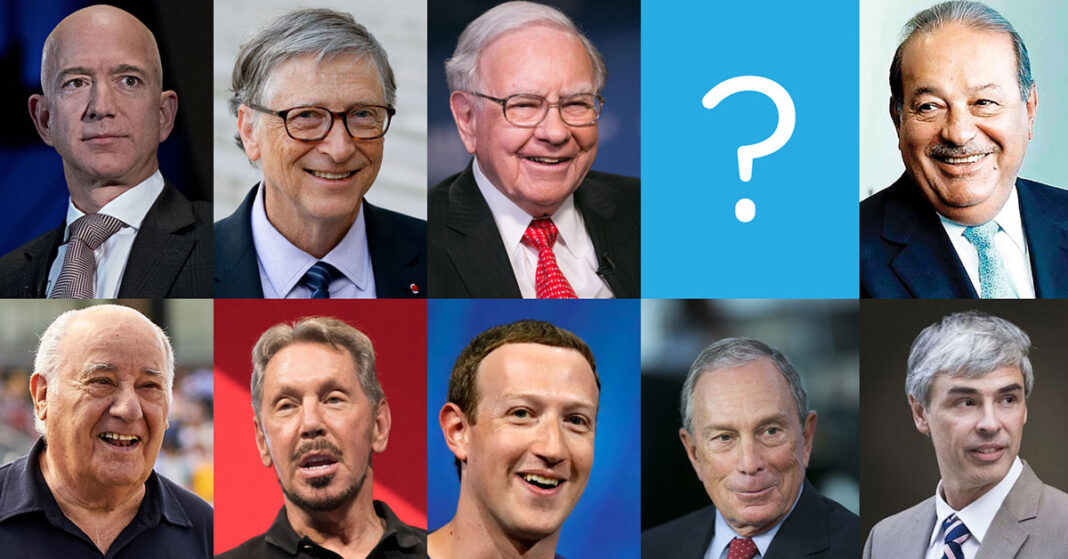 As odd as it seems, we do like to hear about the success stories of rich people and try to find some relevance in their stories. Some people tend to read about rich people to motivate themselves.

Forbes recently has released a list of the richest people in the world and ranked them according to their net worth and income. Eager to know who made it on the list and who just went back to being a multimillionaire? Read below to find out!

First on the list is Amazon’s founder and current CEO, Jeff Bezos with a net worth of $131 billion. He is not only a technology entrepreneur and investor but a philanthropist too, associated with different welfare organizations.

Next on the list, we have the founder of Microsoft and the co-chair of the Bill and Melinda Gates Foundation, Bill Gates with a net worth of $96.5 billion. He has been on this list since 1987 when he changed the internet world. He now has sold almost his Microsoft shares and owns only 1% of them.

Though not as well known as the above-mentioned names but Warren Buffet is one the most prominent investor and businessman in the cooperate world and is the CEO of Berkshire Hathaway. His net worth is $82.5 billion

If you are familiar with brands like Louis Vuitton and Sephora then you must have heard of Bernard Arnault, a French investor, businessman and art collector. He is the CEO of the largest luxury good company LVMH with a net worth of $81.9 USD.

At number 5, we have a Mexican engineer and investor Carlos Slim Helu with a net worth of $64 billion. He and his family own the largest mobile telecommunication firm, America Movil in Latin America.

There are more than 2000 billionaires around the world, but this list includes the richest among these billionaires. The youngest billionaire is a 21 years old model, actor, fashion designer, and entrepreneur, Kylie Jenner who made into the list with 1 billion to her name.

The list also includes the richest woman in the world, Francoise Bettencourt Meyers at number 15 with a net worth of $40.3 billion USD. Founder and CEO of Facebook, Mark Zuckerberg also lands a spot on the list at number 8.