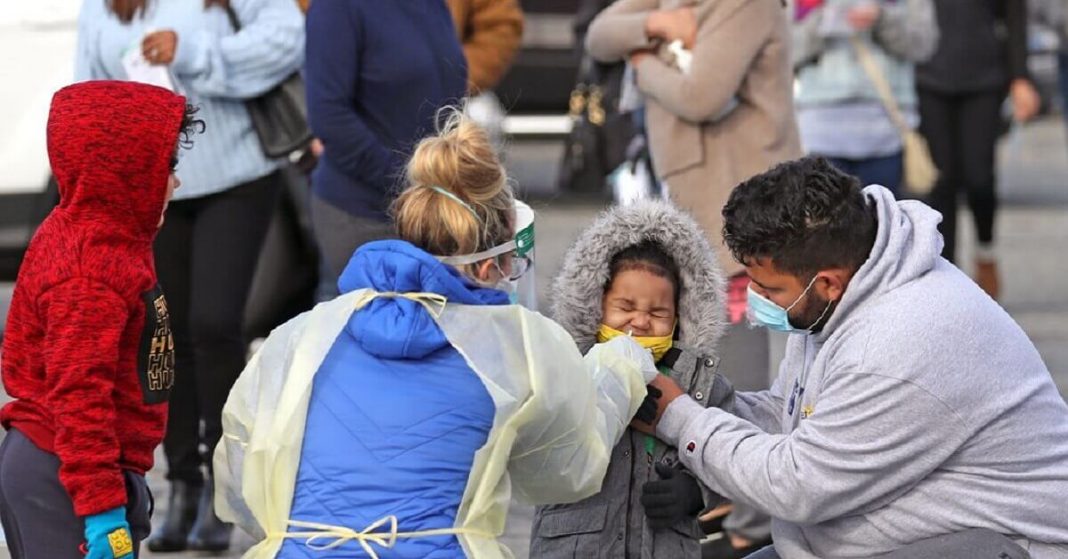 Healthcare professionals are concerned that the US could see a spike in coronavirus cases after people traveled for Thanksgiving all across the nation.

The Governor of New York, Andrew Cuomo is concerned about hospitals’ decreasing capacity and has requested retired physicians to resume their jobs in light of the coronavirus crisis.

According to John Hopkins University, the number of new cases is at record high right now at 200,000. Since the beginning of the pandemic, over 13 million cases have been reported and the death toll in total has reached 265,000 people.

The biotechnology company, Moderna has recently announced that it is in the last stages of its vaccine trials, which reportedly has an effectiveness of 94%. The firm has filed a request for US authorization to begin vaccinations.

According to the company, 10 million vaccinations will be available by the end of December. Moderna’s data will be analyzed by the Food and Drug Administration in late December. The companies Pfizer and BioNTech also filed a request in November for emergency authorization.

The number of hospitalizations in the country is also breaking records. According to the COVID Tracking Project, the number of patients in hospitals has increased by 45,707 patients since the start of November. The hospitals are extremely short on labor and lack resources as well.

According to reporters, Cuomo has issued instructions for hospitals in New York to increase their capacity by 50% or open up field hospitals. In one county, he has also directed hospitals to halt elective surgeries.

In Rhode Island, a lockdown was imposed for two weeks because their hospitals had reached maximum capacity. They urged people to quarantine themselves at home to lower the cases and help the medical staff.

The Democratic governor instructed that a few businesses will have to close up mainly recreational businesses such as theaters, casinos, bowling alleys, and sports facilities including gyms. Bars will be closed as well whereas restaurants can operate but with 33% indoor capacity. The people residing in the state were also urged to not meet people outside their household.

Several healthcare authorities including the Centers for Disease Control and Prevention as well as Anthony Fauci, director of the National Institute of Allergy and Infectious Disease, asked people not to travel during Thanksgiving, but to no avail.