Siri is an intelligent personal assistant that helps you to answer your questions. Siri originally developed by SRI International Artificial Intelligence Center. With the help of Siri, you can send messages, make calls. It is also helpful in showing you directions and locations and it can also perform many other functions. So, how to activate Siri on Apple Watch?

How to Activate Siri on Apple Watch?

How to Ask Questions with Siri on Apple Watch?

Siri helps you to answer your questions like finding directions, sending messages. You can also ask Siri to start a workout, open a message, and much more. Their many ways to talk with Siri different apple devices have different ways to activate Siri for example for the apple watches series 3 and later Siri speaks responses to you and you can activate and you can also use Siri through a paired Bluetooth headset. On the older models of Apple watches its responses on the face of the watch.

You can easily identify any song with the help of Siri on apple watch OS 6.and you will get instant results on the spot. You can also ask Siri any general question and the watch will show you the first few search results in front of you with the help of the Internet and if you want to open any search page just click on the link and the page will be opened in front of you and you can read the details their related to your questions and if you want to open another search just go back and open new search result and the new information will come in front of you. The Internet is very important for Siri working without the Internet it will not work accurately .so to use Siri you should have the Internet.

Asking Siri by raising the Wrist

With the latest apple watches like OS 5 and later and apple watch series 3 and later you don’t need to say Hey Siri to turn on Siri. You just need to follow few simple steps to ask anything from Siri with the help of the latest watches the steps are as follows:

You can also turn off the ‘ Raise to speak ‘ feature. For this just follow the following steps:

How to Ask Siri by Touching the Digital Crown?

If you want to use the Siri on your Apple Watch face: just add the Siri complications to open Siri and just tab it to talk to Siri.

The Siri watch face will update you throughout the day. Like the coming events it will show on the face of the watch and you can check out the weather information about the temperature and much more about it. And Siri will show you the right information that you needed according to your location which will help you in remembering many things like your daily routine, time, date, or if you want to see the calendar in favorites.

How does an Apple Watch work?

Improve Your Fitness with the Apple Fitness+ Video App

How to Transfer Photos from iPhone to Flash Drive? 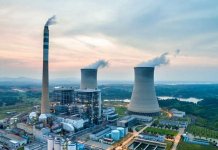 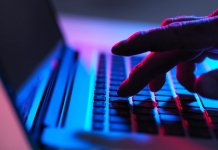