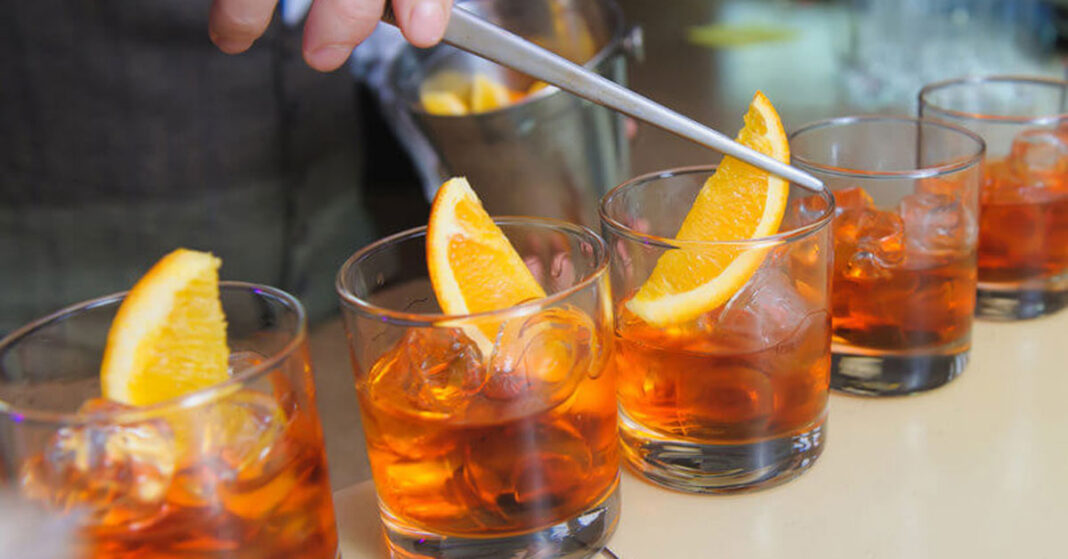 The ‘old fashioned’ cocktail is a whiskey-based cocktail created in the 19th century. It was published in a recipe book, where the steps of its preparation were written in detail.

This old, but delicious drink is usually made with soda, sugar, and some ice. The base of the recipe remains the same, but some new ingredients are mixed with these recipes.

There is nothing wrong with mixing the old with the new and following any new style of making a cocktail is worth a try.

It seems logical to try the original recipe for this cocktail first before starting to add more flavors to it. It would use the most common type of whiskey in the United States of the time, that is, Bourbon, Rye whiskey, or Irish whiskey.

However, in some areas, it was common to substitute whiskey with brandy. Around 1860, it was not unusual to find all kinds of variations with added ingredients such as orange, liquors, a variety of fruit, and sometimes some kind of syrup.

If you want to prepare an authentic Old Fashioned cocktail, then follow the recipe mentioned below.

In a glass, add a sugar cube, add some bitters and let it dissolve for two minutes.

Fill the glass with soda, depending on the size of the glass.

Add the whiskey and stir to dissolve the sugar.

Add the lemon or orange at the end – whatever you prefer.

The orange and lemon peels that are often used as enhancers were also used in the original recipe. You might want to try it.

However, many prefer the Old Fashioned cocktail without citrus; these ingredients add a touch of aroma to the drink.