With the sad demise of Justice Ruth Bader Ginsburg, a justice of the Supreme Court needs to be appointed. The democratic presidential candidate Joe Biden said on record that he will be appointing a black woman to fill the vacancy.

Biden further persisted in appointing the former first lady Michelle Obama, as a Supreme Court justice. Roger House, an associate professor at Emerson College in Boston, wrote in his commentary, that Obama best represents the Afro-American promise. He further wrote that Biden must bring forward a woman who could manifest the civil rights movement.

According to House, the natives are well-informed about Michelle Obama’s intellectual capabilities and her commitment to the provision of justice. She has been often found addressing and taking productive stands for the rights of women. 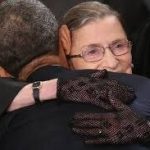 The woman of color has always been a matter of ongoing debate. Michelle Obama herself has gone through many hardships and struggles to attain a well-respected position in society. Keeping all these characteristics in mind, House wrote that she would qualify for the position of Justice.

However, this idea aroused many objections from people on Twitter. Michelle Obama’s intellect and capabilities were not denied by people but they did not consider her qualified for the position in Supreme Court, since she has not practiced law for about 27 years.

If Biden would win, he would fill the Supreme Court vacancies with black women. Emphasizing on varying representation in the court, Biden said that he would make sure that a black woman should present in the court.

As per Fox News, currently, only five black women are serving on federal appeal courts. There is a definite need to look beyond the currently serving people and add more black women in the system.

Josh Duggar’s Trial for Child Pornography Begins! Here’s Who Attended the Trial from the Family