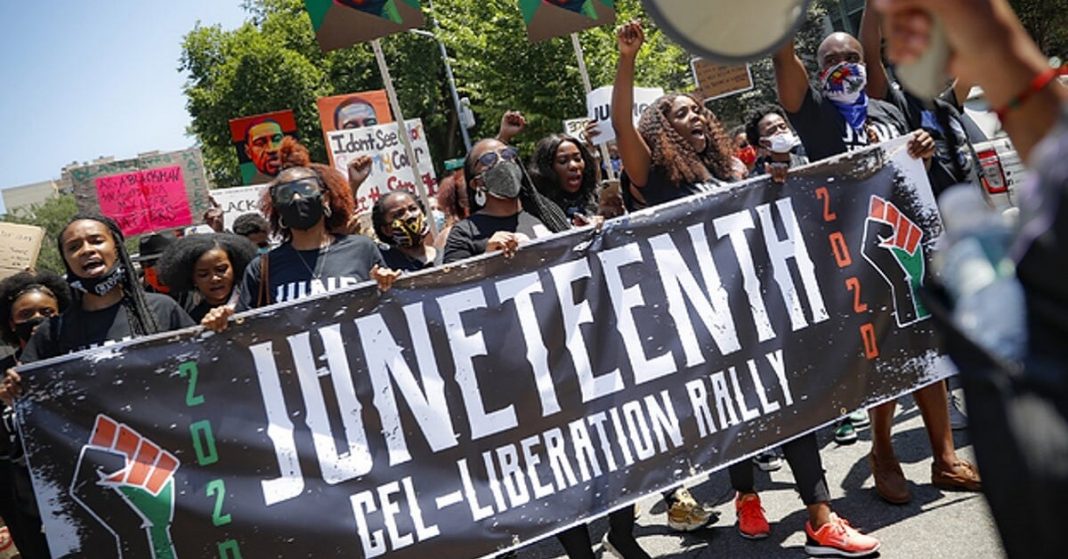 Congress has achieved a new milestone today. For the first time in four decades, Congress has moved to inaugurate a new national holiday, this time for Juneteenth. Yesterday, the House voted to pass the legislation for Juneteenth and it is now one step away from becoming an official holiday.

Biden is expected to sign the law at 3.30 p.m. ET Thursday, according to White House officials. Rep Sheila Jackson Lee of Texas, a black community advocate who sponsored the law in the House proudly affirmed that “the bill is passed.”

The signing of the legislation is a highly anticipated event as it marks the approval of a holiday for Juneteenth. Biden will probably be accompanied by Vice President Kamala Harris, who was one of the first Democrats to pass the legislation last year.

Steve Williams, President of the National Juneteenth Observance Foundation expressed his gratitude to law officials at Capitol Hill for making it official. “The Juneteenth nation is ecstatic,” said an elated Williams.

Although Juneteenth is just a national holiday being approved, it holds special significance due to its meaningful history. More popularly known as Freedom Day, Juneteenth pays a tribute to the enslaved African Americans, who were freed following the end of the Civil War in 1865. A few months post-liberation, the Constitution passed the 13th Amendment in December 1865, putting an end to slavery for good.

Over the years, Juneteenth has come to be known as a popular event. Initially, the event held more importance for the Black community, but with the help of social media and schools, the concept of Juneteenth has become ingrained into the masses with time.

Citizens prefer to commemorate the event in different ways. From grand parades to lavish dinners, people in the U.S often make significant efforts to remember the significance of this day. In 2016, Opal Lee from Texas walked from her house in Fort Worth to the Capital- all in an attempt to make Juneteenth an official holiday.

The new legislation has been passed right in time for the holiday on Saturday. However, it is unclear whether Biden will sign the bill before or after the holiday as he is still away on his first foreign trip as President and is expected to arrive late Wednesday.

At a press conference earlier this week, Jackson Lee and other law officials affirmed that there is still a lot of work to be done. However, it is undoubtedly an “important day,” as the country is moving towards achieving the lines of justice.