The citizens of the United States of America are highly familiar with the concept of liberalism. It refers to a political and moral ideology that revolves around the “unalienable” rights of a human. It promotes freedom of speech, press, and religion, as well as, the right to due process. The Democratic Party is usually touted as the home of American liberals. With the media bias getting more prominent than ever and there being no shortage of news sites catering to the conservatives, it goes without saying that the liberals would appreciate consuming their news from a website in accordance with their beliefs.

This is why we have compiled a list of the top 20 liberal websites on the internet today. Let’s list them down!

Touted as the leading source of online news and information relevant to events happening across the world, CNN Digital is a highly reliable website for you to consume your daily news from. It strives to inform, engage, and empower the world. The team behind CNN Digital claims that it comprises storytellers that seek the truth and prioritize the quality of their work. These details, along with the reputation it has garnered over the years, make CNN Digital a go-to news source for the liberals in the United States.

It’s also interesting to note that CNN launched its official website back in 1995.

In January 1996, The New York Times launched its official website in order to provide readers across the globe with swift access to most of the content included in the daily paper. By March 2009, the said website had garnered over 20 million unique readers. In the same year, it was also revealed that The NY Times website had entered the top 25 on the list of most popular newspaper blogs. Despite its popularity, The New York Times has often been accused of being biased in favor of the liberals. Even the previous POTUS, Donald Trump has repeatedly bashed the said news outlet.

When it comes to the top liberal websites, Slate.com often receives a mention (or more). Slate happens to be a daily magazine that came into existence in 1996 and is touted as a general-interest publication striving to analyze and comment on different topics that fall under the news, politics, business, culture, and technology umbrellas. 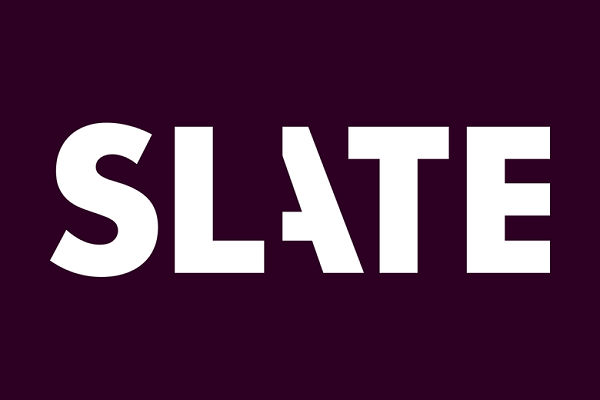 As the magazine kept gaining prominence over the years, its readers started noticing how the published news and opinion pieces were representing liberal viewpoints. This prompted Slate to start referring to itself as a liberal news site.

Formerly referred to as The Huffington Post, HuffPost is the go-to website for liberals if they plan on consuming news, reading blogs, and checking out fresh, original content. The site also covers the latest updates in business, politics, entertainment, technology, and other fields. 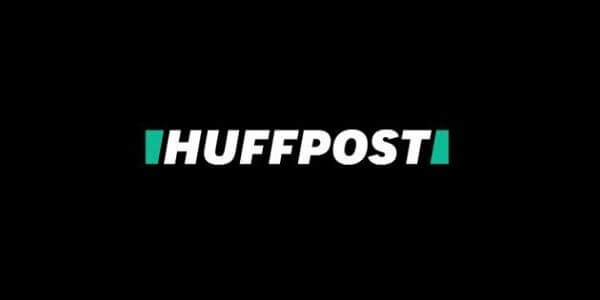 Established in 2005, HuffPost arrived on the scene as a liberal alternative to the conservative website, Drudge Report.

HuffPost’s liberal-leaning nature was highly evident during the US presidential elections of 2016 when the outlet frequently added an editor’s note at the end of different articles claiming that Donald Trump was a liar, racist, misogynist, xenophobe, and Islamophobe.

After achieving tremendous success with its monthly magazine covering music, politics, and other popular subjects, Rolling Stone launched its own website. In the early days of the website, one of its standout features was a large-scale message-board forum. However, this section no longer exists on Rolling Stone’s official website.

Even though this website is a go-to one for music enthusiasts looking to fetch biographical details pertaining to renowned artists, it’s also a fresh source of content for readers interested in checking out the latest updates in the world of politics.

Formed in 2007, Politico not only covers politics and policy in the US but internationally as well. By 2017, this outlet boasted that it was averaging 26 million unique visitors on its US site on a monthly basis. Moreover, research has found out that Politico’s content is mainly read by people having at least slightly liberal views. Due to it being touted as one of the liberal websites out there, Politico has often found itself involved in controversies stemming from hurting the sentiments of conservatives and white supremacists.

The Washington Post has been around since 1877 and has been accused by both conservatives and liberals of supporting the opposite ideology’s views. Despite being around since the 19th century, the outlet set up its website in 1996.

The Washington Post claims to tell the truth and the truth only. Even though this claim of its has been challenged on numerous occasions, the site still remains highly popular and a leading name in news media.

In addition to offering political updates and opinion pieces, the site also has dedicated sections for technology and sports.

Established in 2002, Daily Kos has never hesitated in admitting that it is a liberal site that supports the Democratic Party and favors liberal US politics. Daily Kos also boasts an interactive political encyclopedia titled DKosopedia.

In September 2014, it was unveiled that nearly hundreds of thousands of people were visiting Daily Kos on a weekday.

Additionally, this site allows visitors to contribute. All they have to do is register an account on Daily Kos, and draft a post to its community platform. In fact, Daily Kos encourages people to participate and let their voices be heard by thousands, if not millions, of people visiting the site.

American Broadcasting Company’s (ABC) news division happens to be a highly reliable source of news for Americans. However, is ABC News a neutral outlet or does it fall under the conservative or liberal umbrella? Well, as per a 2014 study conducted by Pew Research Center, the content published on the ABC News website favors liberal views. So, in a way, it could be considered one of the most-trusted liberal websites.

Authors such as Paul Elias, Anne Flaherty, Sophie Tatum, Michael Hill, and Tom Hays have, at one point or another, written for the official website of ABC News.

If you were surprised by how long has The Washington Post been around, wait until you find out when The Atlantic came into existence. This news outlet has been on a roll since 1857 and has shown no signs of stopping anytime soon. Its official website is the home for all things politics, business, science, and technology. As per the team running The Atlantic, their goal is to challenge assumptions and seek the truth. Additionally, The Atlantic claims to edge out its competitors by being bold, sophisticated, and witty.

In fact, the TIME website has everything you, as a news consumer, would need. While the content hosted on it doesn’t create a divide between readers of varying political interests, it has been found to generate opinion pieces that appear to be written from a liberal perspective.

The list of liberal websites is incomplete without the inclusion of Salon, a US-based politically progressive news and opinion website that mainly caters to the American liberals. It was established in 1995 and currently covers US politics, as well as current affairs and culture.

Additionally, Salon is known for reviewing books, songs, and movies.

Its political commentary has been described as “provocative” in nature by certain reputable writers.

Unlike TIME and The Washington Post, Salon isn’t a profitable website and relies on substantial funding to continue its operations steadily.

NBC News has been hailed as a reliable source of news by over 59% of Americans. Whether it’s about offering the latest COVID-19 updates or sharing breaking news and the latest happenings in US politics, NBC News strives to remain ahead of the curve at all times. Add to the fact that the company itself has been around for nearly 100 years. NBC News also aims to be your go-to destination for studying content belonging to science and cultural matters.

Established in 2004, The Raw Story takes pride in covering both national and foreign political updates. The site also pens down its own editorials which reflect a liberal tone.

But you must be wondering what separates The Raw Story from other liberal websites, right? Well, the answer to this question is that, unlike many other news websites, The Raw Story focuses on stories that have been disregarded or ignored by leading media companies.

It averages around 10.7 million readers on a monthly basis. Additionally, The Guardian, LA Weekly, and The New York Times have written about The Raw Story.

Boasting commentary, journalism, satire, cartoons, and poetry all in one place, The New Yorker has been entertaining readers for nearly 100 years now. Its illustrated covers have helped in skyrocketing its popularity across the globe.

In 2009, it was discovered that the average age of a person who enjoys reading The New Yorker is 47.

As for its readers’ political orientation, a Pew Research study indicates that most of the site’s audience boasts habitually liberal views.

Named after an Irish-American socialist activist, Mary Harris Jones (most notably known as Mother Jones), this website presents you with the latest scoops pertaining to culture, politics, and human rights. Mother Jones is a site that relies on commentary, investigative reporting, and news. judging by the content that gets published on Mother Jones, it’s fair to assume that this site looks at things from a liberal point of view.

Overall, Mother Jones has been around since 1976 and its website has been visited about 3.47 million times.

Unlike most of the websites listed above, The Ringer isn’t exactly a politics-heavy site. In fact, it mainly focuses on sports and movies. Despite that, it’s perceived as a liberal site. A blog post was published on the website back in 2017 that explained how sports writing had become a liberal profession. Also, it turns out that quite many people read the content uploaded on The Ringer. Set up in 2016, the site has already brought in 9.19 million visitors with over 73% of them belonging to America.

Created in March 2008 by renowned analyst Nate Silver, FiveThirtyEight revolves around opinion poll assessment, politics, and sports. In July 2013, this website was purchased by ESPN. Five years later, FiveThirtyEight’s operations were handed over to ABC News. 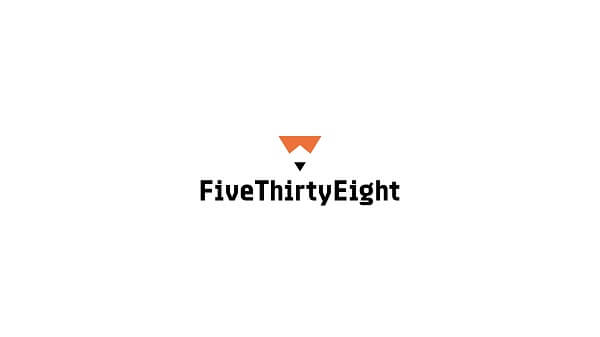 Studies have shown that FiveThirtyEight takes pride in relying on factual reporting. Additionally, its political stance has been deemed slightly-to-moderately liberal.

It’s important to note that FiveThirtyEight mainly focuses on poll-related news. However, when it finds it important to cover politics, its liberal bias is observable.

As one of the high-end liberal websites, The Daily Beast strives to offer completely original reporting and strong opinions related to politics and pop-culture. The website claims that its content is read by over a million people every single day.

Moreover, The Daily Beast has won more than 17 awards for its outstanding journalism. What’s even more interesting is the fact that this site, unlike many of its competitors, hasn’t been around for decades. In fact, it was established in 2008. It will be interesting to see how well The Daily Beast fares in years to come.

And last but not least, we have AlterNet. This website is an openly left-leaning news outlet that has been around since 1997. AlterNet has racked up multiple award victories and nominations over the last 20 years. In 2018, The Raw Story owners decided to purchase this website too. Prior to that, AlterNet was being funded by donations. 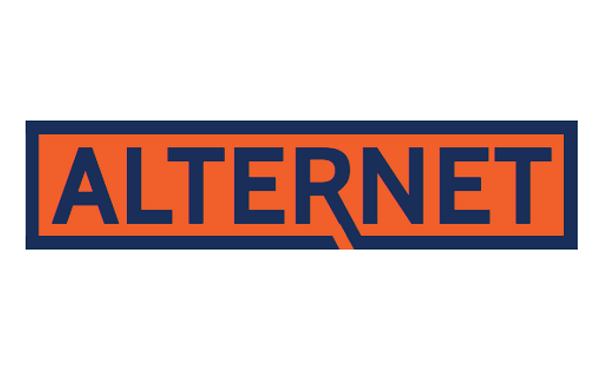