Home Travel What is the tallest Mountain in the world? Top 11 peaks 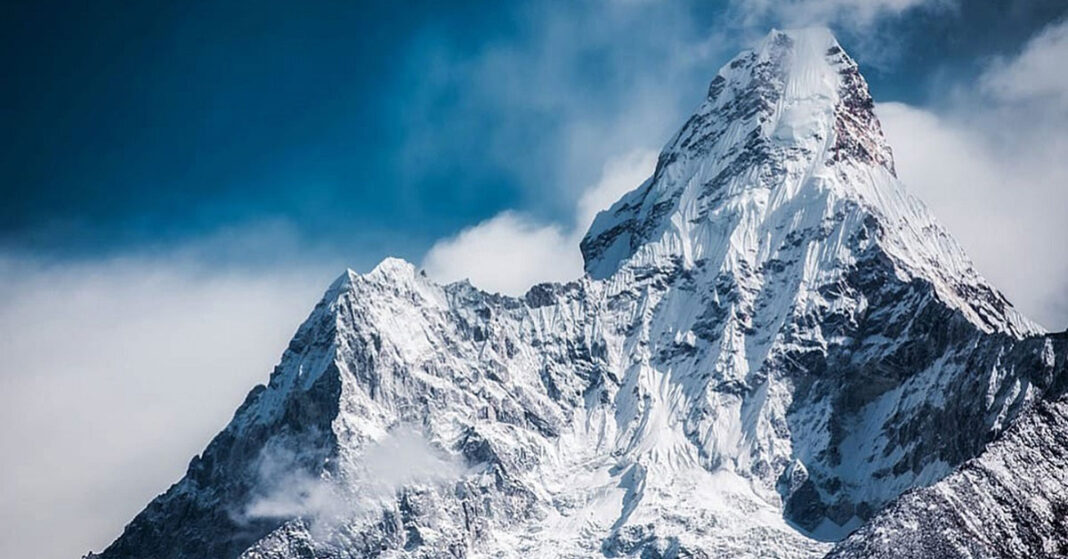 The mountains are beautiful. One of the most difficult and risky tasks in the world is mountaineering. From the harsh weather conditions to the incline, it takes a lot of courage to conquer such a feat. Only a fearless soul can handle such rigorous conditions.  Take a look at some of the highest mountains in the world.

What is the tallest mountain in the world?

It is 8840 meter High Mountain known as the roof of the world. The mythical peak of the Himalayas is found on the border between two states Nepal and china. This highest mountain was named after its discoverer Welsh geographer George Everest. It is known as the “Mother of Universe”

The second highest and know mountain is K2. Its length measures up to 8611 meters high. The very first ascent to this mythical peak was completed on 31st July 1954 by Lino Lacedelli and Achille Compagnoni. They faced some technical difficulties which increase the danger of ascent towards the peak.

According to the previous record that has been collected till now, up to 25% of people who make attempts to climb the peak become dead. That’s the reason this mountain is also known as “The Wild Mountain”

One of the highest mountains in the world is the Kanchenjunga. It means the five snow treasures. These are silver, gold, gems, holy books, and cereal. The estimated height of this mountain is 8586 meters. In the local language, this name meant as the mountain to which we make offers.

The belief of this is just because of this mountain’s sacredness. This huge mountain is present between the Nepal and India border.

The date of its first climbing was started on 25th May 1955. From that time up to 40 people have been killed during climbing this huge mountain.

The estimated length of this heightened mountain is 8516. It is found between the border of China and Nepal which is closest to Mount Everest. It is connected to it by South Col. the name Lhotse is meant as “South Peak”. The middle Lhotse which is towards the east is 8414 meters and the Lhotse Shar is 8383 meters high.

The very first ascent toward its peak was done on 15th May 1955. This huge mountain is present in the Himalayas at the Mahalangur area which is between the bordering of China and Nepal.

The Manaslu is the world’s highest mountain which a length up to 8163 meters. This length is above sea level. It is present in Nepal in the Lamjung district. In other languages, it is also known as “soul or spirit”.

According to their inhabitants, it is the dwelling place of God. That’s why they believe reaching God is very dangerous. Statistics say besides that it is not as high as Mount Everest, but it is an extremely sixth deadliest mountain.

The estimated height of the Nanga Parbat is 8162 meters. Its name meant as the “Naked Mountain” It is also one of the most dangerous mountains that’s why called “The killer Mountain”. Up to 64 peoples died from the day of ascent in July 1953. This deadliest and scary mountain is found in the region of Gilgit-Baltistan Pakistan.

It is known as the K3, found in Gilgit Baltistan, Pakistan exactly on the Pak-China border. Its length measures up to 8051 meters. The first climb towards its peak was made in the year 1957. Then in the recent year of 2017 in July, Cadscar Cadiach climbed the summit without oxygen.

This mountain is also named Mount Carstensz or Carstensz after the name of its explorer. It is one of the highest mountains which also contains one highest island. It is the highest peak in Oceana, Indonesia.

The length of this mountain is measured as 4884 meters which is above sea level. In other languages, its names are Nemangkawi, Gunung Sukarno, Ngga Pulu, and Carstensz Toppen

It is present in Russia. Another known name for it is the sleeping stratovolcano. It is located near the border of Georgia. In the whole world, it is known as the highest point.

5 must-travel destinations in the US for summer 2021

The 7 Best Family resorts in US