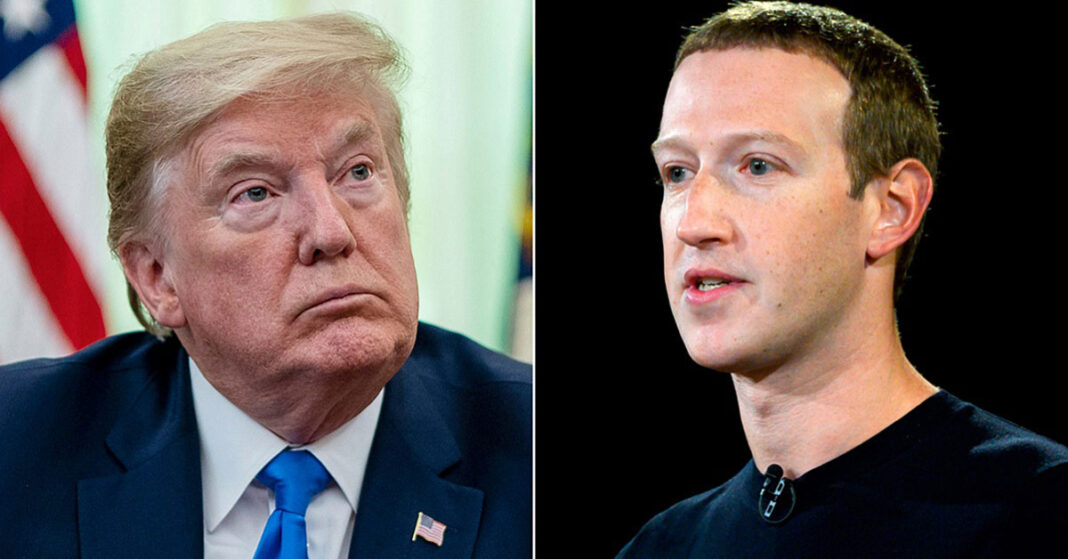 The killing of George Floyd has been provoking an outbreak of anger and distress in the form of widespread protests in Minneapolis, which is now spreading like wildfire across the US. Amidst the demonstrations and chaos, several cases of looting have occurred.

In response to that, US President Donald Trump posted on Facebook on May 29, at around midnight, “…These CRIMINALS are disgracing the memory of George Floyd, and I won’t let that happen. Just spoke to Governor Tim Walz and told him that the Military is with him all the way. Any difficulty and they will assume control but, when the looting starts, they will act accordingly.

Civil rights activists have been disparaging Mark Zuckerberg’s choice of taking no action against it, let alone taking the threatening post down.

Heads of the Leadership Conference on Civil and Human Rights and Colours of Change met Facebook CEO, Mark Zuckerberg and Chief of Operations, to discuss Trump’s post that appeared to be compelling the US military to take action in Minneapolis by the phrase, “When the looting starts, shooting stars.”

After having met the CEO, they said in a combined statement, “We are thwarted and dumbfounded by Zuckerberg’s unfathomable clarifications for permitting Donald Trump’s posts to remain up on Facebook.

He did not exhibit, at all, the understanding of modern-day voter suppression. He repeatedly refused to even admit how Facebook is assisting Donald Trump’s appeal for violence against the demonstrators.

Mark Zuckerberg is setting a rather hazardous example for other oppressive voices who could say comparably destructive things on Facebook.” He went as far as to personally mediate the action, of keeping the post from being removed. He reasoned that it is Facebook’s policy to permit warnings of “the use of force” by Government officials.

Mark Zuckerberg’s verdict on this led Facebook staff to stage a rebellion over the CEO’s denial to take action. Several abandoned their assigned tasks in protest.

One employee, Timothy Aveni who worked on handling misinformation, even quit his job over the CEO’s decision. He said, “Mark told us all that he would not allow speeches that call for violent action, even if they are from state actors, but on Friday, he showed that it was all a lie.” He added, “Facebook, involved in facilitating hatred, is on the wrong side of history.”