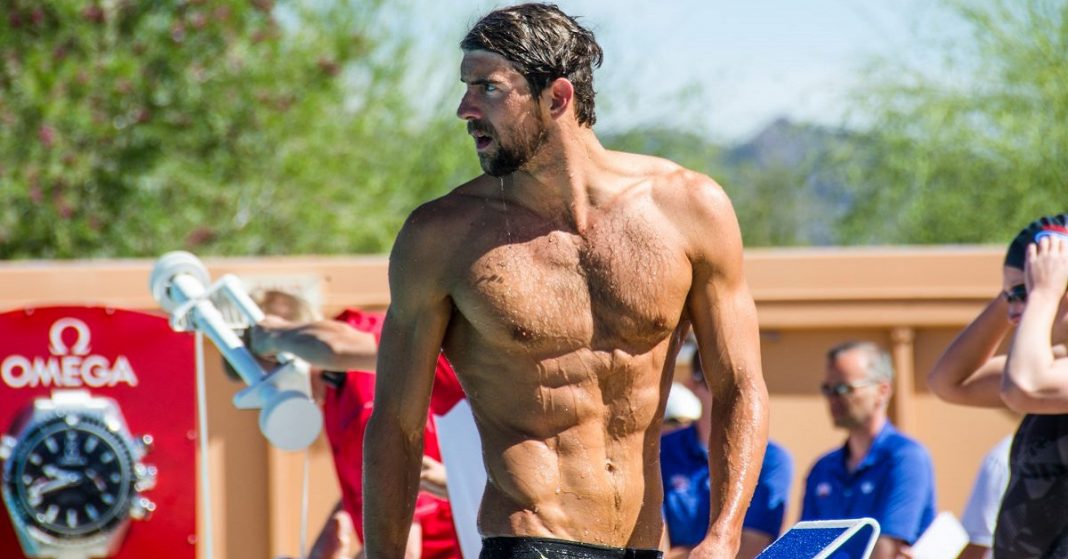 Michael Phelps made a comeback to the Olympics on Sunday. But this time, the 36-year swimmer returned as a broadcaster instead of an athlete. A bearded and lean-looking Phelps made his star-studded appearance prominent on the telecast.

Many on social media praised the gold medalist’s chiseled appearance whilst he made his debut at the Olympics 2021. From journalist Matt Ufford to sports screenwriter Bill Hanstock, a number of notable netizens took to Twitter to appreciate the handsome Michael Phelps.

While Ufford spoke of Phelps and his “gold medal hair”, Hanstock brought his witty sense of humor into play to laud the athlete’s newly donned beard. Other Twitterati members also jumped on the bandwagon and commended Michael Phelps for his dashing looks.

Most likely to be one of the greatest and powerful Olympic athletes of all time, Phelps gave the last shot of his career at the 2016 Rio Olympics. Not only did he manage to win awards for swimming freestyle, but also took home medals for acing the pool medleys.

Over the course of his illustrious career, Phelps won 23 Olympic gold medals, 3 silver medals, and 2 bronze medals. At the Pan Pacific Championships, he achieved 16 gold medals whereas his stint at the Worlds gave him the opportunity to take 27 gold medals home.

From then till date, Michael Phelps is recognized as one of the best athletes in the world. He broke the stellar records of Mark Spitz and set 39 world records in his career.

With the Olympics 2021 underway, the star athlete will be returning to the land of his former glory as a commentator on the NBC team. He is gearing up to call events with Rowdy Gaines and Dan Hicks. In a statement issued earlier this month, Gaines looked forward to weighing in on the “incredible insight” offered by Phelps.