Nancy Pelosi, the House Speaker,  has asked Joe Biden to give the State of the Union speech on March 1, 2022, Tuesday, the first of Biden’s term.

“Thank you for your bold vision and patriotic leadership which have guided America out of crisis and into an era of great progress, as we not only recover from the pandemic but Build Back Better!” Pelosi invited the President to speak in the House chamber in a letter on Friday.

“In that spirit,” she said, “I am writing to invite you to address a Joint Session of Congress on Tuesday, March 1, to share your vision of the State of the Union.”

Joe Biden delivered his 1st joint session of Congress speech last April, one day prior to his 100th day in the office, but it was not deemed a State of the Union address since he was still in office.

On February 4, 2020, former President Donald Trump gave the nation’s final State of the Union address. Pelosi ripped up Trump’s remarks as he ended, standing behind Trump in the House chamber.

Pelosi said to critics that she didn’t want to tear up Trump’s address, but that she “realized that almost every page had something in it that was objectionable.”

Presidents use State of the Union speeches to highlight the nation’s accomplishments over the previous year and to spell out their goals for the future.

While Biden will undoubtedly discuss the successful passage of the ARP, BII and Jobs Act, Democrats have fallen short on key legislative targets outlined when Biden started office, such as policing, voting, and so-called “human infrastructure.”

Much of Biden’s joint speech to Congress previous year focused on themes like immigration and gun control, education and child care programmes, and his massive infrastructure agenda, which he has only partially completed.

Some of Biden’s investments in children and families, such as universal preschool for three and four year olds, a federal program for paid leave, and 2 years of free community college, have yet to be implemented, despite Democrats having a thin majority in Congress. The administration’s enhanced child tax credit scheme terminated only last month.

The president’s invitation to address Congress comes amid fresh debate in the Senate on filibuster rules, while legislation in the House remains blocked in the upper chamber.

With the anniversary of the 6th January attack on the Capitol on Thursday renewing Democrats’ push for the legislation for voting rights, Schumer delivered his strongest statement of support for a rules change with in this week, writing to his colleagues that the Senate will vote and debate on a rules change on or prior to Jan. 17 if voting legislation is filibustered.

After thirty six years in the Senate and 8 years as Vice President, Biden is no stranger to presidential speeches in Congress, but on 1st March, he will finally get to give his own State of the Union address. On March 1, two women, Pelosi and Kamala Harris, are slated to sit behind a president for the first time in history during the State of the Union speech. 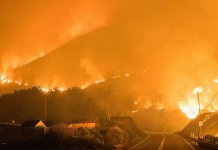