Sacha still gets in different disguises sometimes to do controversial things, like the racist sing-along he did at a rally in Olympia almost two weeks ago. As they say the wicked do not rest, Sacha did not wait too long and has recently pulled another one of his famous pranks on yet another American politician.

This time the victim was Rudy Giuliani, the U.S President Trump’s lawyer, who did not let Sacha get away with the prank without any consequences. Sacha, being the notorious prankster he is, somehow tricked Rudy into agreeing to have a one on one interview at a New York City hotel. The attorney was informed that the interview was going to be regarding Trump and his administration’s actions in responding to the coronavirus. Little did Rudy know the interviewer was an actor planted by Sacha and that he was in for a surprise?

The former mayor of New York City was startled when the 48-year-old Kazakh impersonator walked into the interview room. He came in wearing a revealing pink bikini and started marching across the room causing mayhem.

Rudy was shocked and called the New York police department immediately to take away the strange person wearing what he described as a transgender outfit. He also feared that Sacha may be a spy sent by an opposing party or some kind of scam with which he was not willing to take any risks.

He further described Sacha’s dressing as ludicrous and remarked that the man was not looking attractive. It took a while for the U.S attorney to realize it was the infamous Borat whom he had just had the strange encounter with and he quickly found the humor in the situation.

Rudy turned out to be a fan of Borat and his movies, especially Borat (2006) as he had visited Kazakhstan himself. Giuliani took the chaotic encounter as a moment of pride for himself as he did not fall for Sacha’s prank even though many other politicians in the past have. 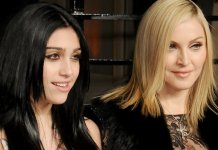