A donation was made to the police department of West Salem by the Sara Rose Hougom Foundation. It is a popcorn machine given as a token of appreciation.

Sara Hougom lost her life at a very young age. She was only twenty years old when she was murdered in her own home. The foundation was formed to honor Sara’s memory. Sara Rose Hougom Foundation is in La Crosse, Wisconsin.

The foundation’s primary aim is to form a connection between the youth and police officers. The police department is a very vital and essential part of the community. The youth should feel inspired by them. 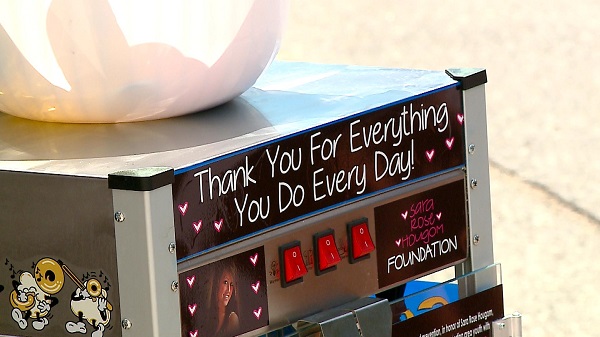 Expressing her gratitude for the Police Department, she said that she had always wanted to do something different, something memorable and useful. She didn’t want to appreciate the department through a certificate that would hang on the wall or a gift that wouldn’t be of any use.

She elaborated that her daughter loved popcorn. Therefore, she decided to donate a popcorn machine. She felt like it was a reminder of her daughter.

Sherry hoped that the popcorn would bring a smile to the faces of all those Police Officers who work day and night to make the people feel protected.