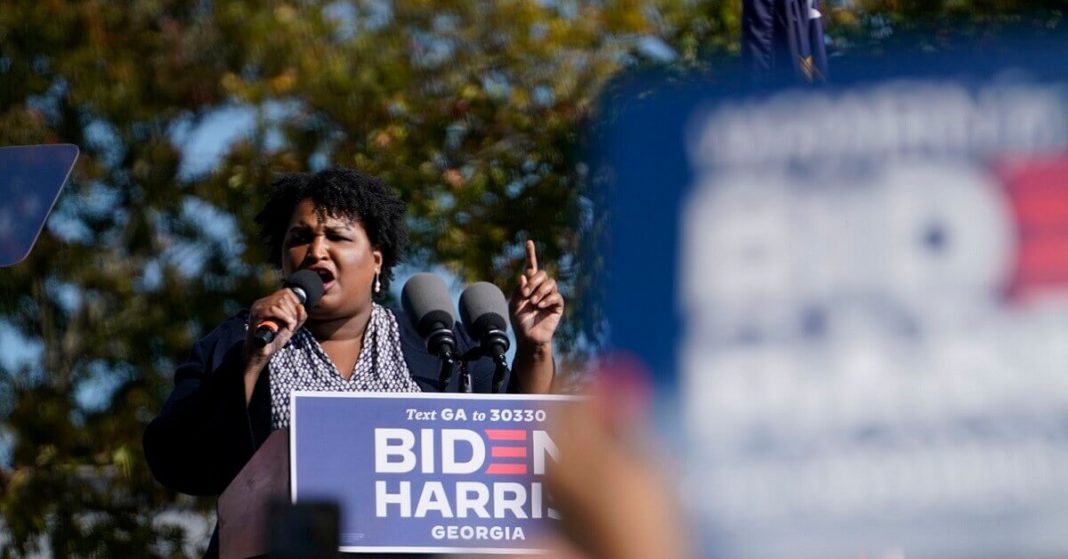 The former Democratic candidate for Georgia governor, Stacey Abrams, has been applauded for rising above 3.6m dollars for the US Senate runoffs, which are scheduled to take place in January 2021. She was able to achieve this in a span of only two days.

This was announced by Fair Fight Action, which is an initiative to educate voters.

She was also responsible for convincing voters against Trump, even though Georgia is previously known to be a Republican state. Joe Biden is currently slightly leading in the state.

The Senate runoffs, to be held on 5th January include two Democratic candidates. Through Abram’s efforts, they have received major attention as well as political resources.

The Senate will be balanced in a 50-50 ratio if the two Democratic candidates win. The vice president, Kamala Harris will be the deciding vote, meaning Republican influence over the chamber will end with this victory. 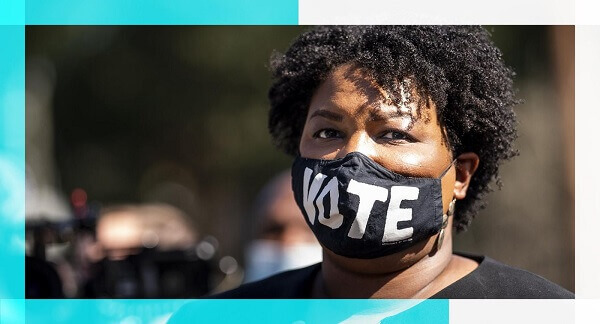 Initially, the Democrats were disappointed they were not able to take the Senate in the elections, however, Georgia’s two democratic candidates serve as hope for the party.

Abrams explains that this is essential because it will determine whether the American people will have access to healthcare and justice. She adds that these two issues are very important to people and they will motivate people to vote.

She proceeds to say that she understands that the fight is going to be very competitive, however, their win is paramount for Biden for his policies and in moving the country towards solving these vital issues.

Black voters have played a major role in Biden’s lead in Georgia, however, Abrams explains that for two Democrats to win Senate, they need the support of a much broader group of people.

She explains that in addition to people of color, this also includes everyone who is marginalized. She adds that they need to be garnering their support throughout instead of only during the elections.

She also added that several progressive whites also contributed to their success in creating opportunities for them.

She proceeds to reassure that there is hope for the Democrats this year since there have been several organizations as well as people working towards this goal. She also adds that the resources they spent in building Democratic infrastructure in 2018 will play a key role in their victory.