Sudan – A new wave of tribal clashes between non-Arabs and Arabs in the war-ravaged city of Darfur results in 168 people dead and hundreds injured marking it as one of the deadliest clashes in recent times in the country.

Darfur has been facing episodes of violence for over a year now after the military coup that turned the democratic government’s table upside down plunging the struggling country into financial and political turmoil.

The clashes have since been on the rise as the clashes are between groups that support the military leaders and the group which demands the civil government to be brought back into power.

Adam Regal who is the spokesperson of the General Coordination for Refugees and Displaced people in Darfur stated that the clashes which took place in Darfur on Sunday resulted in hundreds of people getting injured.

The clash broke down after the death of two people by two assailants who were unknown.

A number of people launch a heavy attack on Kreinik having heavy ammunition to avenge the deaths of the two people. They torched and looted the properties. The fighting and the clash lasted for hours resulting in thousands of people fleeing from their houses to take refuge in unknown areas from the angry mob.

Salah Saleh, former director and doctor at the city’s main hospital revealed that the clashes did not stop in one area and reached Genena where they attacked the wounded people who were getting treatment at the main hospital of the city.

“The area was burned down, and many people were killed … There was no intervention” from the local government to stop the fighting,” he said.

Volker Perthes who is the U.N envoy for Sudan condemned the “the heinous killings of civilians … as well as the attacks on health facilities” in West Darfur.

These intercommunal clashes between the tribes are not new for Darfur or even Sudan. These clashes kept on occurring sporadically after the U.N. Security Council terminated its peace-keeping mission back on 31st December 2020.

Darfur has witnessed many deadly clashes amongst the rival tribal groups but the intensity of these clashes has only soared since the military coup which took place in October 2021. 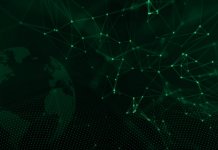