Amidst the coronavirus pandemic, it has been a struggle for the Tennessee Titans. They recently shut down their facility after the Titans coach tested positive for the virus.

They previously shut down in late September when after their match against the Minnesota Vikings, several of their members contracted the virus. In the following week, more team members tested positive for COVID-19.

The facility was opened two weeks later recently but had to be closed again when the coach was infected only one day after the reopening.

Needless to say, these past few weeks have been tough for the team. Taylor Lewan, a member of the Titans decided to post a short funny video on Twitter to lighten up the mood of his fans during these difficult times.

The video showed him getting into his truck and seeing a skeleton labeled ‘COVID-19’ in the passenger seat. He then immediately runs out of the truck. 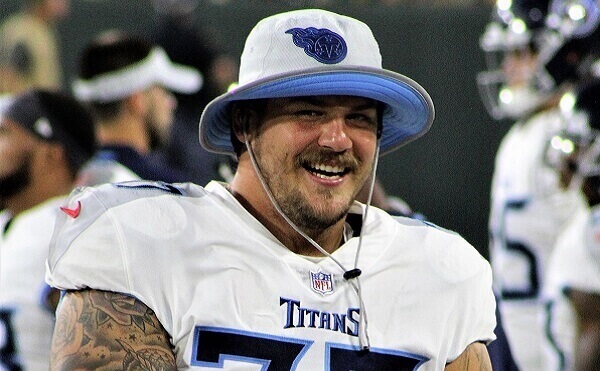 The Tennessee Titans were supposed to host the Buffalo Bills in a match for Week 5 after the game was already rescheduled. However, there has been no news by the league on whether or not the game will continue as planned due to this recent coronavirus outbreak in the Titans facility.

Taylor Lewan, along with his wife, Taylin has also been doing their part in helping people struggling during the pandemic. She has started a nonprofit called ‘Feeding Nashville’ and their main focus is to feed the homeless and unemployed people struggling with making ends meet.

This initiative hires restaurant employees and chefs who are out of a job to prepare meals for the people in need. They have raised $236,721 and are providing free of cost meals to families and health care professionals at various hospitals.