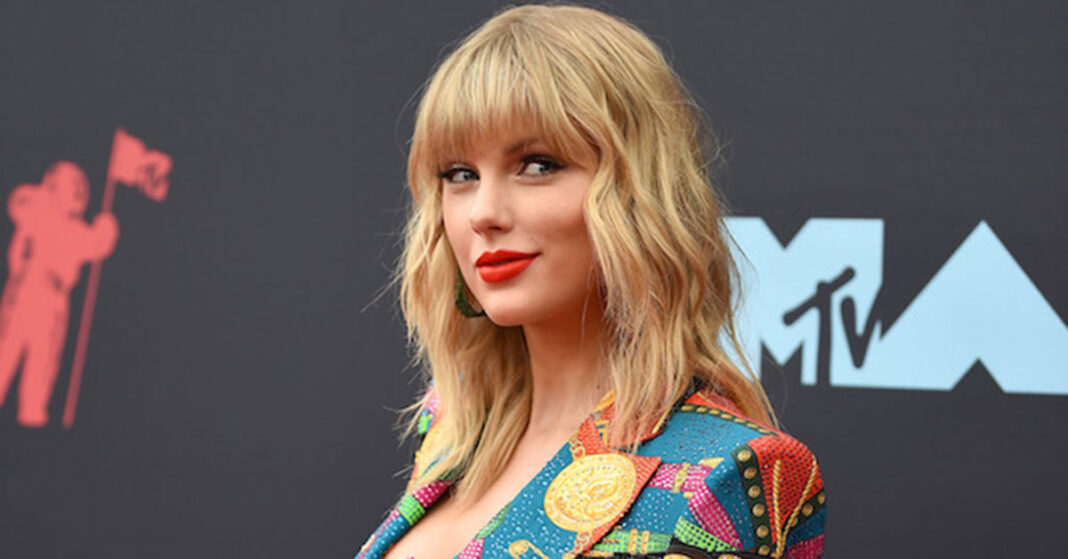 The new post on Taylor Swift’s social media platform is sure to make everyone’s day. Her colorful photo reminisces of flowers and their sweet scent. The photos radiate a fun summer vibe.

On Sunday afternoon, the sensational singer uploaded her lively photos to bring attention to her concert that would be aired on ABC special.

The concert by the name of City of Lover had been a fun-filled experience for the singer to film. She also said that it was for her fans and she loves them. Its premiere would come up on ABC network, and later would be shown on Hulu and Disney plus as well.

Her attire depicts her happy vibe in a colorful loose fitted shirt with a very vibrant eye makeup that adds to her gay look.

Her old school glasses from Toms hold her whole look together.

Her gorgeous blonde locks have streaks of blues and pinks added to them. Her rosy lips and subtle eye makeup just make her look like a flower child, the look she had been aiming to achieve.

She still looks like her old gorgeous self but with a pop of bright colors. Her whole look has been planned to resonate and remind her fans of her album ‘Lover’ which has been a huge success.

The concert which would be aired on ABC network would be a treat for her fans, especially for those who couldn’t attend her concert in person.

ABC promises that it would be a thrilling experience with some scenes that have never been seen before and an insight into her real stage experience.

The show was recorded in September last year, prior to the whole coronavirus situation that canceled the rest of her tour.