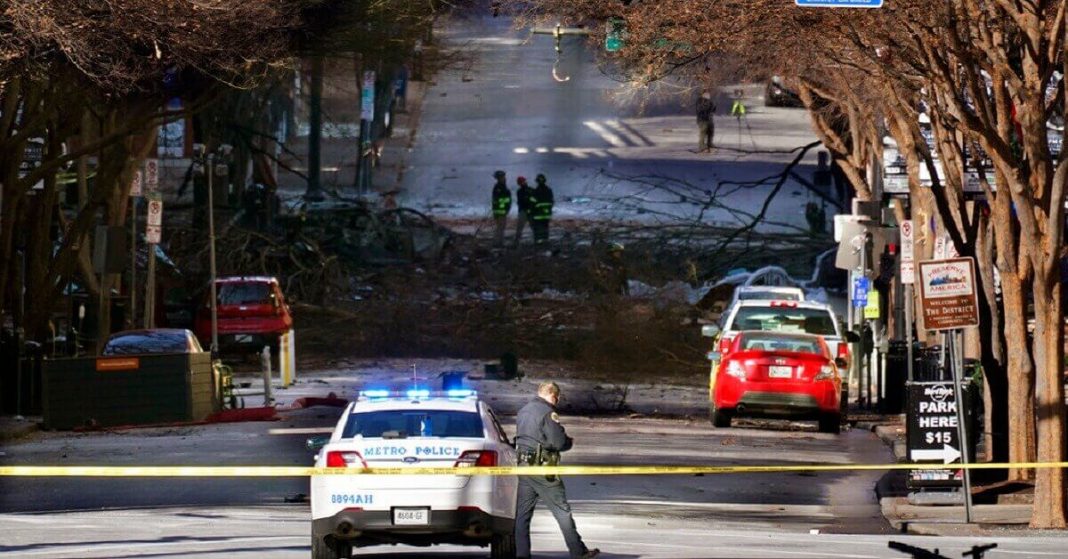 An explosion took place inside a recreational vehicle in Nashville on Christmas, halting all travel for the holidays and damaging communications which also hindered police emergency systems.

The incident started with the sound of gunshots, after which a recording of a woman shouted from the RV that a bomb was about to explode in 15 minutes. The debris from the explosion caused severe damage to buildings in the surrounding area.

Investigations are still going on about the bombing and the Mayor believes that evidence suggests the explosion was intentional. According to reports, three civilians have been hospitalized; however, they are in stable condition now.

As reported by the Chief of the Metro Nashville Police Department, possible evidence of human remains were discovered in the vicinity of the bombing, but there is no clear confirmation of a death.

The explosion damaged no less than 41 buildings in the surrounding area along with one building that partly caved in. The area has been sealed off until further notice. 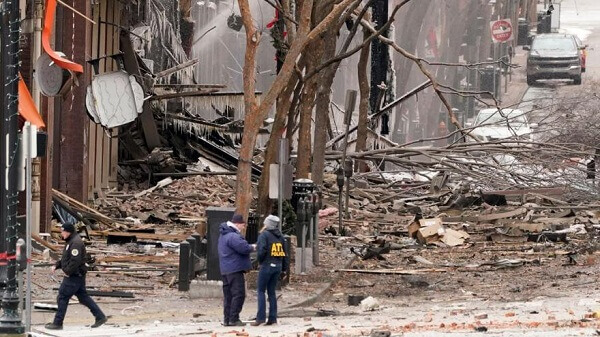 One of the residents spoke about the incident, saying that the debris on fire even flew above and beyond the AT&T building. The residents left their homes to move to a safer area with eight minutes left in the explosion.

The spokesperson for AT&T reported that Nashville’s network hub was also disrupted during the bombing, hindering the service in the area.

A police spokesperson reported that evidence suggests this bombing was deliberate. He also said that two officers got injured during the explosion and one lost his hearing.

However, officials are not certain if there was a person inside the RV when the bomb went off. Police did manage to obtain a photo of the vehicle when it entered the street around 1 AM. The Nashville PD tweeted the photo, asking people for any possible information they might have about the RV.

BREAKING: This is the RV that exploded on 2nd Ave N this morning. It arrived on 2nd Ave at 1:22 a.m. Have you seen this vehicle in our area or do you have information about it? Please contact us via Crime Stoppers at 615-742-7463 or online via https://t.co/dVGS7o0m4v. @ATFHQ pic.twitter.com/JNx9sDinAH

The police reported to CNN that they had received no reports of any threats in the area before the explosion. There have been no activities by extremist groups that would suggest a possible attack at the time of the holidays.

The FBI was also contacted after the US Attorney General was notified of the explosion. Technical experts, as well as evidence response teams, will be assisting the city’s police department in conducting the investigation. President Donald Trump as well as President-elect Joe Biden has been informed of the incident as well.