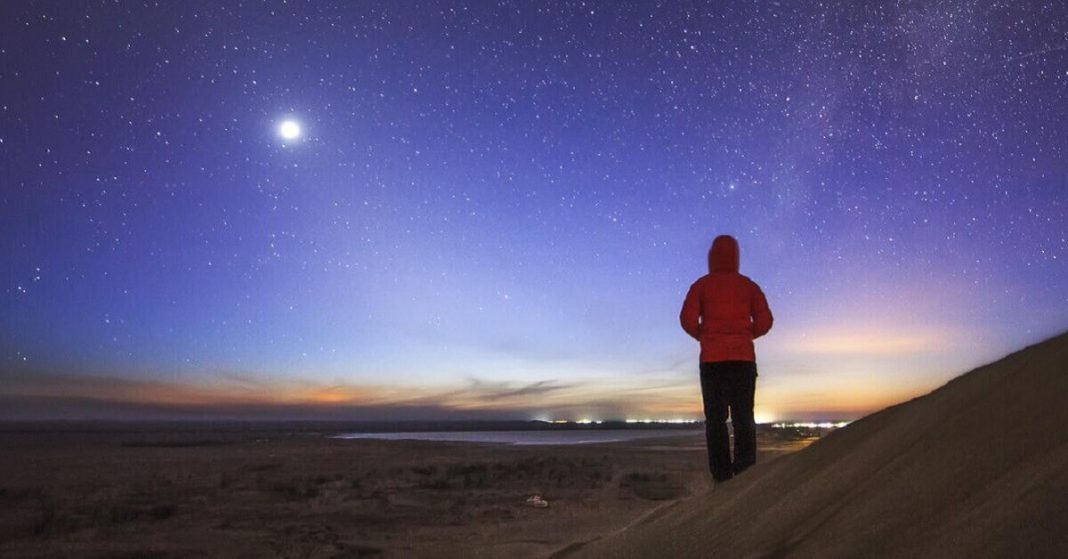 It takes Earth 365 days to orbit around the sun but Mars, which is at a greater distance from the sun takes 687 days. However, every 26 months Earth and Mars come closer to each other and we can observe more details on its surface through a telescope.

This year, for the past few months, Mars has been illuminating more and more and will be at its peak on October 6th when it will shine the brightest. Its distance from the Earth will only be 62 kilometers at this time.

Until the year 2035, the planet will not be in this close proximity to Earth again. Mars will glow large and bright for the whole month of October so even if skies in the west coast are foggy or shrouded by the wildfire smoke, you still have plenty of time to catch the sight of the Red Planet.

Despite its nickname, the planet has more orange hues than red because of the rust that largely covers the planet’s terrain.

After sunset, Mars emerges in the sky and can be observed through the naked eye or a telescope. In the western sky, Jupiter and Saturn are visible until midnight. Mercury also appears in the west, although it is more difficult to spot as it is nearer to the Sun. Venus can also be spotted in the eastern sky around 4 AM. The names of the days of the week originate from these five planets including also, the sun and the moon. After October, the bright glow of Mars will slowly start to diminish. In late 2022, Mars will once again be close to Earth although not as close as it currently is.

Since the first-ever successful mission in 1965 by NASA’s Mariner 4 numerous missions have been sent to Mars after that. Scientists are trying to find answer to the question, is there life on Mars?

Their main aim is to find water on the planet, and researchers believe the planet had oceans three billion years ago. According to experts, the planet lost its magnetic field as it cooled down from its early creation. As a result, Mars was sheltered from the solar radiation and the atmosphere was blown away due to solar winds. Consequently, the water evaporated.

A rover named Perseverance as well as a helicopter named Ingenuity has been sent on the next mission to Mars.