Works of literature have always been acknowledged as an affluent gateway to erudition that mirrors the ever-growing trends of culture and society through the power of aesthetic words. Countless intellectuals have contributed to the immense assemblage of narrative works we have at hand today. With prime focus on American literature, the Norton Anthology of American literature is a series of literary works accredited for its opulent editions of American native writers showcasing a balanced selection of their descriptive contributions ranging from philosophical literature to short stories, poetry, novels, and pamphlets, etc. 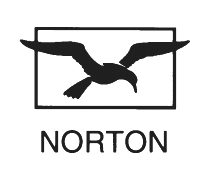 The series of Norton Anthology of American literature is a publication of the W.W. Norton & Company in New York City that commenced its services in 1960. Its first edition of the sequence dates back to 35 years. A praiseworthy aspect pertaining to its compiled works of the time is reflective of the fact that it put an end to the ‘long neglected’ input of black American women writers and provided them a fair chance to seek public exposure and popularity through their great work. It opened up channels for diversity on a common platform as a public service medium.

In the wake of it, the selection of works comprised contributions of 14 African-American, giving them an outlet of escape from the trending discriminative shackles. However, the step did not trend set and other contemporary competitors continued to promote the white American writers as evident from the selection of only the works of Emily Dickinson and Ellen Glasgow in the popular 1952 edition of Major American Writers. Nevertheless, the succeeding publications of the Norton Anthology of American literature abided by its preference of promoting all American native writers alike irrespective of the skin color. Though the list of writers and their contributions ascended over the passage of time, a discernible alteration observed in the contemporary editions of the Norton Anthology of American literature from the 5th volume onwards till date is that of abridged editions.  With the fast and massive influx of contributions since the 1970s, it comes as a surprise that instead of having a foothill of works many selections of major writers from the so-called “traditional masterpiece of American literature” have been reduced to a great extent. For example, the works of Henry David Thoreau have gone down from a count of 200 pages to just above 100 and to 30 poems of Walt Whiteman from earlier 70. While for many others we find that their works have either been brought down to half or completely removed such as those of James Russel Lowell, William Cullen Bryant, Allen Tate, Archibald, Oliver Wendell Holmes, and many more others.

However, the Norton Anthology of American literature seems to have compensated for the same by availing the space for broadening its scope of publication service. It has allocated the space with other multifarious non-literary themes comprising speeches, autobiographies, and political essays on topics such as women’s suffrage, terrorism, slavery, and civil rights, the plight of Native Americans, etc.  The 5 volumes of the series by 2011 included at least one distinct section for political coverage topics and mentoring articles. The volumes of the Norton Anthology of American literature have been revised and reinvigorated time and again to dish out not only affluent works but also better teaching tools for unrivaled educational value for students. In the context of the same, the critical versions of the series of its editions have often been incorporated in university-level literature courses.

As extended measures of value-adding endeavors, it has added fresh scholarship, introduced its E-book in the light of the technological advancement and demand to facilitate at the educational and informative fronts, and taken onboard new authors to make its instructor site one of the richest and unparalleled sources of literary and educational material. Norton’s anthology has many factors that may account for its massive liking and utility, yet it is criticized on certain grounds such as its silent commitment to diversity of work in its series of editions which have buried the literary reflection. This is at times thought to be extended as an apparently irrelevant kind that treats literature as secondary to the historic works. It is seen as having deviated from its 1979 claim to develop “a book to be read for pleasure” towards a credit-oriented direction. Furthermore, like many other anthologies, the Norton Anthology of American literature fails to give comprehensive accounts of the works which is why student interest and knowledge fall short.

It is Still a Great Provision of Great American Literature

Nevertheless, these limited shortcomings or objections cannot overlook the fact that the Norton Anthology of American literature has contributed to the provision of great American literature and student materials for decades with firm core strengths that are commendable and which account for it being one of the best-selling undergraduate editions. Other contemporary anthologies too, like Bedford, strive towards enriching student knowledge of the cultural and sociable backdrops in which literary works were created. The brand now has manufactured its 9th edition which acquaints us with its new three-generation editors and new General Editor responsible for having invigorated the volumes over the span of evolution.