The town of Belzoni in Mississippi has given itself the title of the Catfish Capital of the World. However, since the catfish ponds have dried up, unemployment has increased in Belzoni.

The taxpayers in Belzoni are audited by the IRS at the highest rate in the US, 53% more than the average across the country.

The mayor of Belzoni is reported to say that the citizens of Belzoni have become acquainted with the concept that the poor will keep getting poorer while the rich will get even richer. Hence, he says, that it was not surprising to his people when the news broke out that Donald Trump only paid $750 in taxes.

He also continued to describe the state of the local economy. When the restaurants in the country started importing catfish from Asia, their catfish industry was in shambles.

The price of corn also spiked when the demand for ethanol increased. Corn is required as a feed for the catfish.

The coronavirus pandemic was the final nail in the coffin for the economy of Belzoni. Most of the revenue that came from restaurants also came to a halt because of the lockdown. This little county in Mississippi has been the focus of the IRS for claiming a tax credit which helps working parents in recovering from poverty.

An analyst observes that these policies of the IRS lead to people of color from poor communities getting audited more often. The counties in Mississippi are very heavily audited, more than any other place in the country. Moreover, the percentage of black people in the county amounts to 76%.

It is more convenient for the IRS to audit EITC claimants instead of wealthy taxpayers because an audit of the former can be done through the mail while the latter calls for face to face auditing with trained professionals. Hence, the audits of wealthy income groups can take years.

The commissioner of the IRS states that if they have to audit the income levels equally, they will need more funding to be able to give training to auditors. 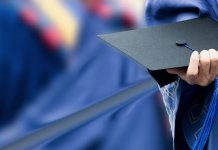 CPAP Users May be Due Compensation!