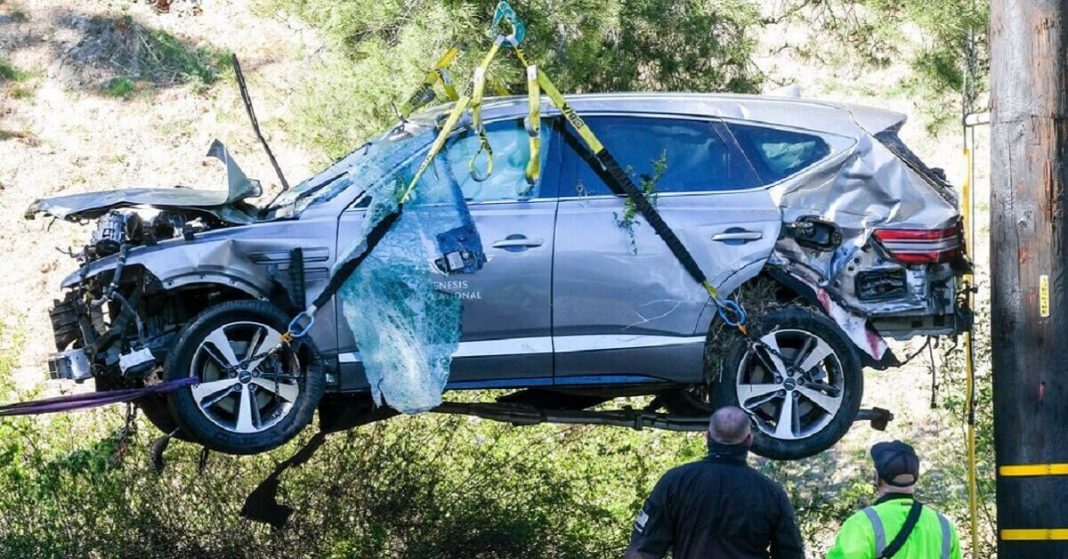 Tiger Woods, the world’s number one golfer has suffered multiple leg injuries in the wake of a car accident. According to information from the Police Department, the accident occurred on February 23, in Los Angeles.

Woods has received multiple injuries in both legs and is currently receiving medical care in a hospital. The car recovered from the accident site was seriously damaged. The bumper of the SUV is seriously damaged, and it is assumed that the car collided from the front and then rolled over to an open green area.

The hospital sources have claimed that there are multiple injuries, Woods have to undergo surgeries. However, the type of treatment Woods is receiving now, and how many surgeries he would receive is still unclear.

However, Woods is out of life-threatening danger but his fans are concerned over his future.

There are no reports that he was driving under the influence. He was once arrested for drunk driving back in 2017. Woods has not been active in the professional circuit for some time now. This is the second time Woods has landed in the hospital due to a car accident. He was also injured in a car accident back in 2009, but luckily, he had received only facial injuries back then.

Woods is the most valuable player in the history of golf and has won 15 major championships during his career.

He was honored with the Presidential Medal of Freedom’ by President Trump.