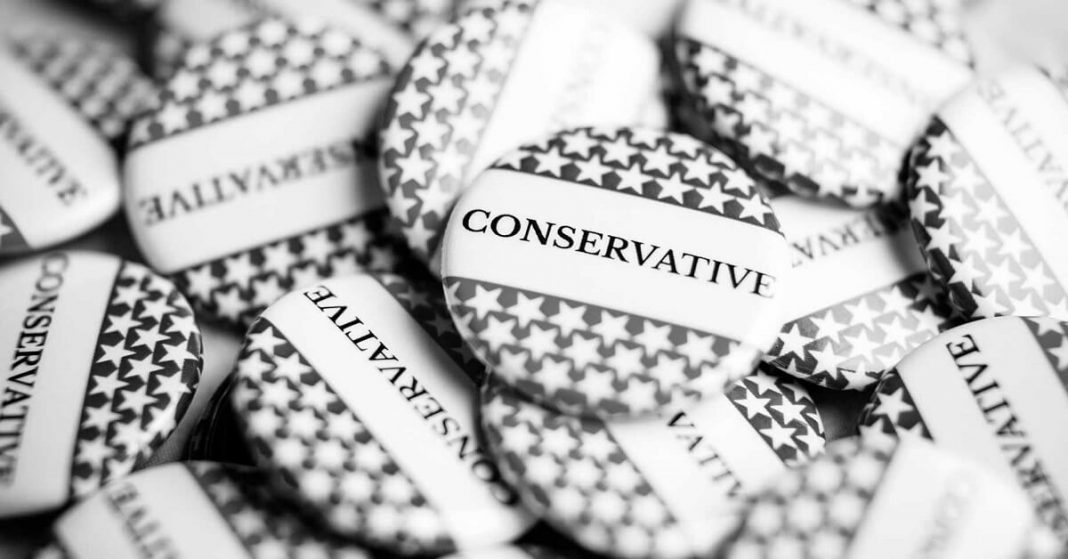 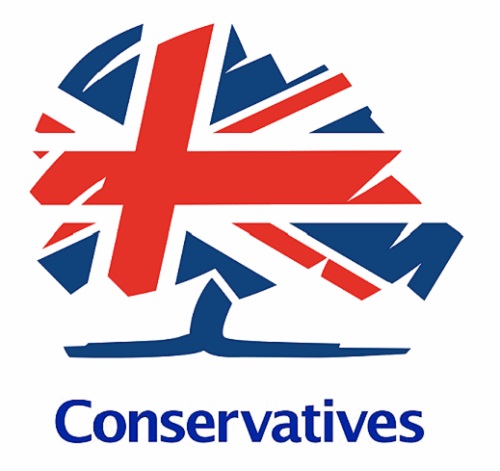 The term “Conservatism” doesn’t need any introduction whatsoever. Even if you don’t support the said political/social philosophy, your friends or friends of friends might. What makes us say that? Well, a Gallup poll conducted last summer revealed that almost one out of every three (34% to be precise) Americans identifies as a Conservative.

So, it goes without saying that such people like to consume their news from conservative websites i.e. sites that give opinions that align with those of other Conservatives. And you will be surprised to know that there isn’t a shortage of such websites.

In fact, several leading news sites are conservative in nature. And in this article, we will take a look at 30 of the top ones.

Owned by Herring Networks Inc., One America News Network (OANN) is a pro-Trump news channel with a dedicated website and it doesn’t hesitate in promoting itself as a biased source of news (in favor of the conservatives). It was set up in July 2013.

Owing to its prime-time talk shows catering to the conservatives and the fact that it doesn’t hesitate from promoting conspiracy theories, OANN always finds itself surrounded by warranted controversy.

Unlike OANN, Fox News doesn’t openly admit that it is a conservative news website. It claims that the news it breaks or shares are neutral in nature. However, its consumers and the controversies it has been involved in over the years suggest otherwise.

Regardless, Fox News’ conservative nature doesn’t take away from the fact that it is one of the biggest news sites across the nation that rakes in millions of views on a daily basis.

The list of top conservative websites is incomplete without mentioning the infamous Breitbart News Network. It happens to be a notable American right-wing news outlet. Despite growing in popularity over the years, BNN has upset a lot of Americans and has been slammed by critics for being racist, sexist, along with encouraging other forms of discrimination.

The Washington Examiner has been around since the good old “newspaper” days. It came into existence in 2005 and was quick to realize that the future is in going digital. And thus, the Washington Examiner launched its own website. However, despite changing the form of media, the said outlet has stayed true to its roots i.e. it still caters to people with conservative views.

Founded by Tucker Carlson and Neil Patel, The Daily Caller came into existence as a conservative alternative to The Huffington Post in 2010. Within three years, this opinion website started bringing in big money.

However, The Daily Caller’s rise to prominence hasn’t been entirely smooth. This is due to housing publishers who allegedly pen down articles comprising false facts and embracing racism and white supremacy.

Floyd Brown definitely knew what he was getting himself into. What makes us say that? The fact that his conservative website, The Western Journal’s per-page viewership increased from 1000 to a million between 2009 and 2016.

Previously known as Western Journalism, the site was blacklisted by Apple News and Google on grounds of targeting immigrants and Muslims along with making up facts that supported their conservative views.

The New York Post or NY Post has been around for nearly 219 years (launched in 1801). Moreover, its website has been up and running since 1996. So, it is quite understandable why many people like to consume their news from this outlet. However, that doesn’t change the fact that NY Post’s content leans toward the conservative side. And because of this, it has had to deal with multiple accusations of racism over the years.

Zero Hedge wasn’t always your typical conservative news provider. In fact, it strived (and still strives) to be an investment-oriented blog. However, over the years, this website has opened its doors to hosting political news and opinions. Interestingly, this move has contributed to an increase in the viewership of Zero Hedge.

Launched in 2004, The Gateway Pundit has been labeled a conservative website and a firm provider of fake news; whether the latter is true or not remains up for debate. In addition to being accused of publishing stories that are filled with false facts and are hoaxes in nature, critics have also slammed The Gateway Pundit for giving rise to conspiracy theories.

The fact that one of the monetary supporters of The Washington Free Beacon is a conservative activist, Paul Singer should indicate that the site in question isn’t an unbiased one. Despite that, it churns out fresh material in large volumes on a daily basis. Moreover, it is often hailed for putting in the effort to do original reporting, unlike several conservative news outlets out there.

If the absence of colorful graphics and other flashy multimedia assets isn’t a deal-breaker for you, then The American Thinker has all the tools to become your go-to website for reading content that reflects unapologetic conservative views. This site also rewards its visitors with tons of exclusive content. Apart from that, The American Thinker encourages its readers to participate by allowing them to submit opinion pieces.

Founded in 1999, InfoWars is a conservative website that has been accused time and again of supplying fake news to readers. Despite the frequent bashing, InfoWars succeeds in getting over 10 million views every month.

Even though credible social media and tech giants have, in one way or another, disassociated themselves from InfoWars, it brings in revenue by advertising different products.

Launched in 2015, it didn’t take The Daily Wire long to achieve unattainable heights. By 2018, it had been declared as the top right-wing publisher on Facebook. A year later, it acquired the tag of being the sixth-leading English-language publisher on the same platform.

Despite its popularity, The Daily Wire often has to defend itself against accusations of violating the defined standards of credibility and transparency.

Launched by Michelle Malkin in 2012 and sold to Salem Media Group in 2013, Twitchy is, without a doubt, a conservative website. Its standout feature is aggregating provocative tweets and arranging them into different posts. Additionally, it has dedicated sections for political cartoons, American politics, and entertainment. On an average day, Twitchy can roll out over three dozen posts/stories.

William F. Buckley should be credited for bringing National Review into existence back in 1955. It started off as a magazine striving to churn out content reflecting strong conservative opinions.

In the present day and age, National Review continues to publish a magazine every other week. You can either get its hard copy or read the entire thing online.

Just like Twitchy, PD Media is a part of Salem Media Group as well. By visiting this site, you can access exclusive commentary in various forms such as a blog post or a column. The people behind such commentary believe in conservatism.

PJ Media strives to not only defend and protect but also preserve what made or will make “America great”.

As the name indicates, TheBlaze is the official website of the American conservative media outlet, Blaze Media. This website was launched in 2010. Even though it witnessed a remarkable surge in monthly viewers at first (with the number peaking at 21.5 million unique visitors in March 2014), it slowly declined in popularity and its unique monthly viewer count hit 8 million in February 2017.

Yet another website that falls under the Salem Media Group banner. For those of you unaware, RedState happens to be an American conservative website. Visitors of this website get to read fresh and exclusive opinion blogs that are highly conservative in nature.

RedState was founded in 2004 by a group of conservative bloggers. Since the editors/publishers are free to express their opinions on the ongoing issues in the country, RedState often finds itself in hot water.

Active since 2013, The Federalist is known for churning out conservative online magazines, in addition to powering a similar-natured podcast. The Federalist doesn’t only cover politics but it also discusses culture and religion.

Accusations have been made against this website for spreading misinformation during the COVID-19 pandemic. The Federalist was also surrounded by controversy after being blamed for claiming that there had been a massive fraud during the recent US elections.

Townhall touts itself as the #1 conservative website. The reason it claims so is that it ropes in more than 100 top columnists and opinion holders to put together political commentary and analysis that can be heard/read by conservatives across the nation.

Townhall has been going strong since March 1995 despite switching owners a couple of times.

Launched in 1982, The Washington Times has been a good source of news for conservatives seeking to ditch the mainstream media. It is adamant about promoting American values i.e. freedom, faith, and family.

From President Ronald Reagan to Donald Trump, The Washington Post has never been shy to lend its support to the Republican policies.

As per CBN, its goal is to make the world ready for the arrival of Jesus Christ and the establishment of God’s Kingdom on this planet. And how does it plan on achieving this goal? You are right! CBN plans on relying on mass communication for training people of all ages.

Despite being touted as a conservative site, NewsBusters often comes to the aid of Neoconservatives as well.

LifeSiteNews has Campaign Life Coalition to thank for its existence and stability since 1997. This conservative website was founded mainly to spread anti-abortion or pro-life views. However, over the years, it has garnered a bad reputation for spreading misinformation and being extremely conservative.

LifeSiteNews even had a YouTube channel that was banned recently for allegedly promoting false information pertaining to the ongoing pandemic.

WND isn’t a new website by any means. In fact, it has been around since 1997. Owing to it being labeled a politically conservative site, the news and opinion pieces published on WND are often taken by a neutral audience with a grain of salt. To say that the said outlet has found itself at the center of controversy multiple times over the last 24 years would be an understatement.

Countless American conservatives looking to consume their daily share of news end up landing on NewsMax. This website was launched in September 1998 and it boasts four main sections:

The New York Times has stated that NewsMax is quite an influential website in the conservative circles of America.

Hot Air strives to be your one-stop blog for everything politics, culture, and media. This website strives to provide its readers with exclusive commentary and in-depth analysis from a conservative point of view. Hot Air falls under the Townhall Media banner.

When looking for a conservative website, there’s a high chance that you will come across The Daily Signal. It was launched in 2014 and takes pride in supplying commentary that supports conservative values.

For over three years now, Big League Politics has done its fair share of work when it comes to promoting conspiracy theories. As per The Wall Street Journal, this website is backed by Republicans.

We started this list on a high note and we will wrap it up in a similar fashion. The Wall Street Journal doesn’t need any introduction. It specializes in business-oriented content. However, a quick peek at its editorial pages would convince you that it is indeed one of the conservative websites.