The U.S undoubtedly has one of the biggest media and news industries in the world. Currently, 90 percent of the news in the U.S, whether it’s read, watched, or listened to, is controlled by 6 media houses. Everything, from television and radio stations to newspapers and magazines to film and production houses, is owned by those six giants. The big names include NBC Universal, 21st Century Fox, Walt Disney Company, Viacom, AT&T, and CBC Corporation.

The Americans should be concerned about the Big Six’s vast control over a wide range of media because it grants them the ability to determine which matters are worthy to be highlighted and which are not. Particularly concerning fact is that these firms don’t regard news as public service intended to propagate vital information and facts any longer, but rather as a way of generating revenue by entertaining audiences.

The first in the list of best independent news sources is The Christian Science Monitor (CMS). CMS is also known as The Monitor, was founded by Mary Baker Eddy in 1908 as a daily newspaper. It is a non-profit news publication that posts daily news reports and stories in both digital and print format. It publishes articles from all over the world. It will help you view current events as a stepping stone for further productive dialogue. It aims to cut through the partisan spin cycle to fundamental facts and values.

It is a non-commercial news agency that offers independent news reports and comments on various matters related to social justice. It claims to be working on principles of precision, accountability, and freedom from the influence of business and governmental forces since its establishment in 2001. It poses itself as a kind of judicial journalism. Institutionalized racism, public justice, and climate change are some of Truthout’s key areas. Its editorial team is headed by Maya Schenwar who is the editor in chief, and Ziggy West Jeffery, the managing director.

The reason was founded as a monthly publication in 1968 by Lanny Friedlander, a student at Boston University. It is now a leading liberal magazine in the country. It claims to create independent journalism in civil rights, politics, technologies, arts, and trade. Reason exists beyond the media confinement of left/right ideologies and works as a magazine of free minds and markets. Its objective is to provide its readers, viewers, and listeners with new, impartial information and analysis every day. Reason Foundation, a non-profit education and research organization, publishes Reason.

Democracy Now! Is an hour-long television, radio, and internet news program that was established on 19th February 1996 by a bunch of journalists in the U.S. Democracy Now Productions is an independent non-profit media firm that produces Democracy Now. It is fully funded through donations from listeners, viewers, and a few other foundations. The program mixes news reports, discussions, research journalism, political comments with an emphasis on peace advocacy related to environmental and social justice, guided by the philosophical ethics of liberalism.

ProPublica, officially known as ProPublica, Inc., is a non-profit association located in New York City. It is a news source that plans to deliver insightful news coverage in the public interest. ProPublica claims that its surveys are carried out by its staff of full-time insightful journalists, and the subsequent stories are circulated for publication or broadcast to the news partners. Sometimes, journalists from both ProPublica and its accomplices cooperate on a story. It looks deep into vital problems, unveiling the abuses of authority and public confidence betrayals, and keeping on with them as long as power is needed to be held accountable.

The Centre for Public Integrity (CPI) is an American charitable investigative journalism organization that was founded on 30th of March, 1989, by a former journalist Charles Lewis. It states that its mission has been to disclose abuse of authority, corruption, and the rejection of duties on part of the powerful public and private bodies to make them operate honestly, fully, and accountable. Its newsroom focuses on money’s impact and increasing inequality in democracy and notes independent, non-profit research.

The Intercept was launched in February 2014 by First Look Media, founded by three journalists. First Look Media is an American non-profit independent media firm established by Pierre Omidyar. The Intercept is a news agency that has won multiple awards due to its fearless, opponent journalism devoted to bringing the powerful to account. It offers in-depth research and analysis on political matters, war, spying, crime, climate, science, criminal justice, and the media. It provides writing freedom and legal help to its journalists whenever they find corruption and injustice.

MintPress News is an American independent news organization that was launched in January 2012. It was founded and edited by Mnar Muhawesh. It is one of the best independent news sources in the U.S that presents the most pressing issues in the country with issue-based factual reporting, thorough examination, and careful analysis. It is funded by the public to remain free from any corporate indulgence.

NewsBud, founded by Sibel Edmonds, is independent news, analysis, and multimedia network. Sibel Edmonds and its staff are fully-independent, non-partisan, and conceived, generated, and examined by all NewsBud reports and multimedia productions, which are funded by the people. Its coverage focuses on the impacts of large companies and advocacy and how they influence domestic and international policies.

WhoWhatWhy is one of the best independent news sources founded by Russ Baker after spending twenty years in journalism for other organizations. He began WhoWhatWhy after he was tired of the cynical, selfish, and cowardly behavior of journalism he saw in the news media. WhoWhatWhy addresses contentious issues that others wouldn’t touch on in order to reveal and name the institutions and call out the people that shape our world. 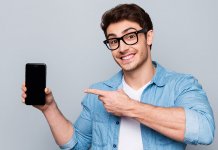 How to get a Free Phone through these Government Programs?