NFL Network’s James Palmer pulled out a football during the interview in the expectation that Lawrence will throw his first pass as a professional quarterback to the reporter. Lawrence respectfully refused the proposition, claiming he was going to “save it for some of my new teammates.” Palmer was evidently frustrated.

Since after going No.1, Trevor Lawrence has given numerous interviews, but recently served a viral moment for his following.

On Thursday night, Trevor Lawrence became the first selection in the NFL draft of 2021 and shared his hopes with the NFL Network for his first season with the Jacksonville Jaguars on Friday.

Interestingly, the interview went viral not because what he said or talked about but what he did not do.

While going towards Jacksonville to meet his new staff and confirm a fanatics alliance, Lawrence happened to join NFL”S reporter James Palmer who approached the star player with a potential opportunity for himself.

The reporter said that he wanted to catch the first pass you ever throw as an NFL player. He gave him the football and asked him if he was ready.

To this Lawrance, who looked uncomfortable,  replied that he would probably save it for his new teammates.

Lawrence is the first Clemson player to be drafted No. 1 overall in school history. He joins a Jaguars squad that went 1-15 last season, but welcomed some new faces in the offseason including head coach Urban Meyer.

Lawrence, the Heisman Trophy runner-up to Alabama’s DeVonta — and a Philadelphia Eagles draft pick — missed two games in his last college season after testing positive for COVID-19 in October. Despite the loss of its cornerstone quarterback to the COVID protocols, Clemson advanced to the College Football Playoff semifinals, where they faced Ohio State. The Buckeyes won 49-28, effectively ending Lawrence’s collegiate career. 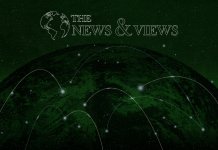