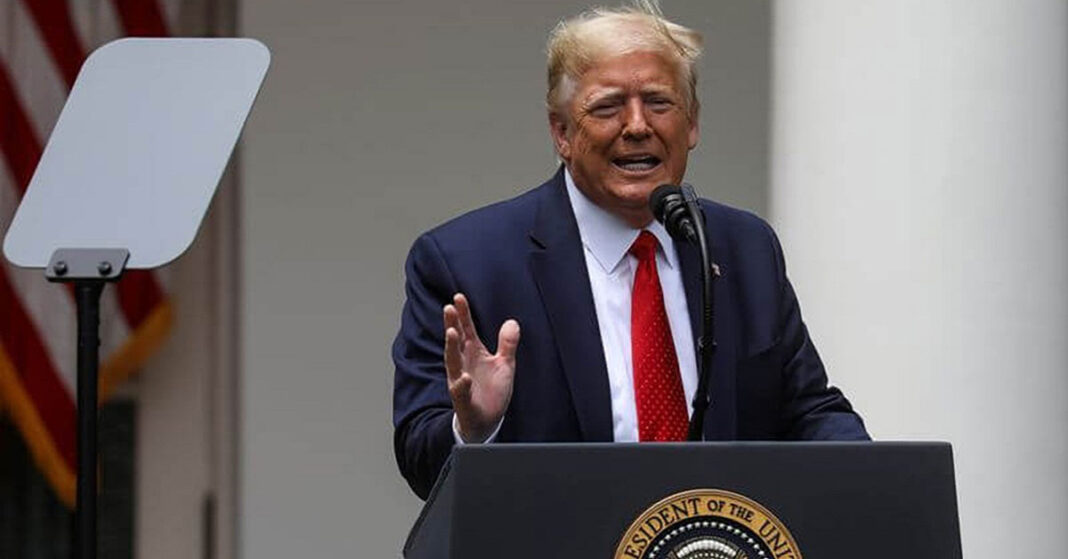 President Donald Trump is constantly threatening tech companies with huge consequences and not following through. That includes social media sites, which he both obsessively uses and relentlessly berates for alleged “anti-Trump bias.” But this week, he went beyond the usual trash talk, issuing an executive order governing how websites can moderate the content.

The order follows a feud with Twitter after it fact-checked one of Trump’s tweets, but it’s been brewing since at least 2019 when a social media “bias” rule was rumored but never revealed. An unfinished draft of the order leaked on Wednesday, full of nonsensical demands and pointless blustering, with many dismissing the rule as simply illegal.

In his return to the campaign trail Saturday in Tulsa, Okla., President Trump criticized demonstrators and politicians who have pushed to have portraits and statues of historic figures removed.

“The unhinged left-wing mob is trying to vandalize our history, desecrate our monuments, our beautiful monuments, tear down our statues and punish, cancel and persecute anyone who does not conform to their demands for absolute and total control,” Trump said.

“This cruel campaign of censorship and exclusion violates everything we hold dear as Americans,” the president added. “They want to demolish our heritage so they can impose their new repressive regime in its place.”

But the final order released yesterday is significantly different from that draft — and a good deal more troubling. It’s still a tangle of vaguely coherent bad rules, legally baffling demands, and pure posturing. But it’s easier to see the shape of Trump’s goal: a censorship bill that potentially covers almost any part of the web.

Several politicians have called to have the 11 statues of Confederate officers and leaders currently located in the National Statuary Hall in the U.S. Capitol building removed.

Sen. Cory Booker, D-N.J., and Senate Minority Leader Chuck Schumer, D-N.Y., took to the Senate floor this week to ask for unanimous consent to have the statues removed. The motion was blocked by Sen. Roy Blunt, R-Mo.

Trump has previously said he will not even consider renaming U.S. military bases that carry the names of the Confederate legacy. He suggested this attitude again Saturday during his rally, saying: “We’re not conforming, that’s why we’re here, actually.”

Trump, who touted the Republican Party as the “party of Abraham Lincoln” Saturday night, also said the call to remove historic statues and portraits is a form of “censorship.”

Trump has a long-standing habit of throwing out absurd ideas and then forgetting about them. Trump does really think he can force websites to carry political content he likes, and if this order is any indication, nobody is stepping in to correct him.