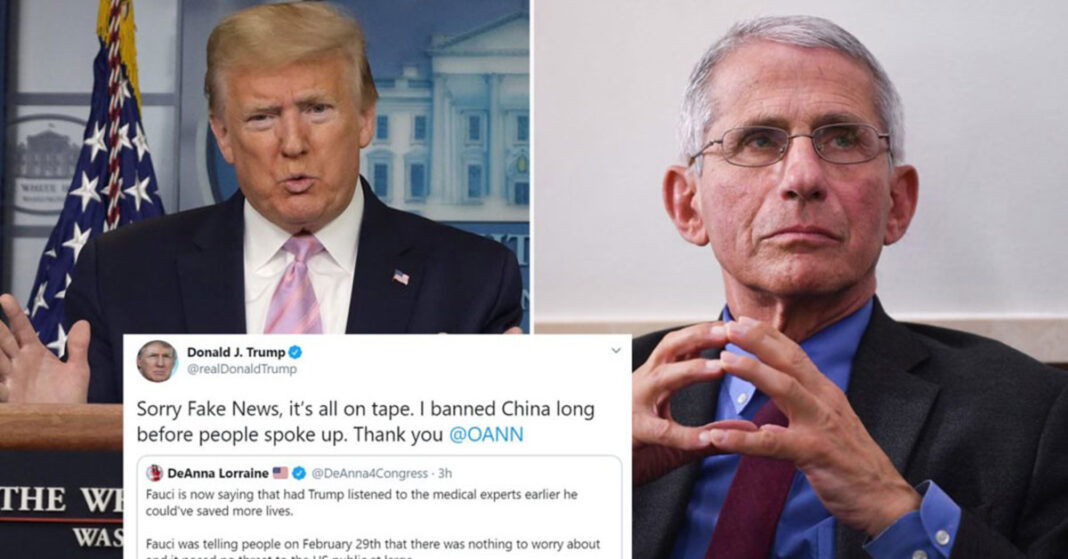 Trump is often seen engaged in Twitter wars and using hashtags. His recent tweet caught the attention of the mass media when he openly showed his hatred for Dr. Fauci.

Dr. Anthony S. Fauci is the Federal Government’s expert on infectious diseases. His team was not supportive of the action taken by Trump in implementing the travel restrictions on China.

A spark of hatred was generated when Dr. Fauci pointed out that the Coronavirus could have been contained if the Government had acted earlier. This led Trump to tweet against Dr. Fauci in his capacity.

Trump has his fights with elections coming up and saving the economy from turmoil like in 2008. Dr. Fauci, on the other hand, is trying to talk sense by indicating that if the country reopens, then more people are going to die due to this virus.

Financial advisors to the government are concerned about the economy of the country which has taken a turn for the worst. More than 16 million Americans have lost their jobs.

Trump has a different approach to the entire situation and is more concerned about the well-being of the economy. He has been often seen promoting anti-malaria drugs which were later on disregarded by Dr. Fauci as an effective drug for Coronavirus.

Despite having their difference of opinion from the start, it is the first time that Trump had openly shown his dislike for Dr. Fauci. Trump indicated that he had imposed travel restrictions on China, and everyone disregarded his efforts to contain the virus.

At the same time, he has been accused of leading people into false hopes and giving them bad advice of taking an anti-malaria drug, hydroxychloroquine. It was difficult for Dr. Fauci and his team to digest the ill-advised decision from the President.

Trump has openly challenged news channels and claimed that they have been spreading false news in his name. News channels have not responded to any of these allegations to avoid any further drama.