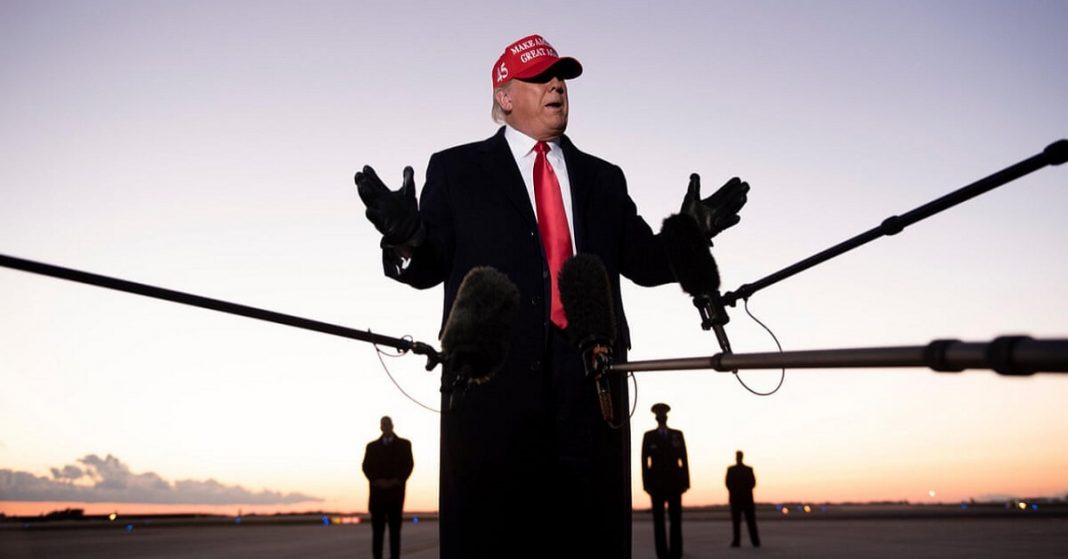 Donald Trump intends to re-enact the events of the 2016 election and prove the polls wrong by winning. He has been consistently rallying in the key battleground states over the past week.

According to Axios, Trump told a few of his close trusted people that he will announce that he has won the election if he appears to be leading.

He has stated he will be going forward with this even if the results of the electoral college are still uncertain. In actuality, he needs to be leading in the nine key battleground states: Florida, Texas, Iowa, Ohio, Georgia, Arizona, and North Carolina.

Trump, however, has declared this report false. He has confirmed that he will make an effort to halt the vote-counting process as soon as the polls are closed. He believes they should not have to wait for so long after the election is over.

Joe Biden has spoken on the matter declaring that he will not let the elections be stolen by Trump.

As reported by FiveThirtyEight, from the key battleground states, Biden is leading in Georgia, North Carolina, Florida, and Arizona whereas Trump is leading in Iowa, Ohio, and Texas. The competition is tough in all states.

Biden holds the biggest lead in Arizona by three points while the smallest lead is held by Trump in Ohio by 0.2. This year, early and mail-in voters are turning out at record levels due to the pandemic; however, this may require more time to count the votes.

Even though counting the votes after election day is a normal practice in the US, Trump claims this as voter fraud and believes those votes should not be considered.

In Pennsylvania, the competition is very close, however, according to polling averages, Biden will be leading in vote-count after the election day. Hence, Trump is focusing most of his energies on this state.

These voter-fraud accusations are a concern for Democrats as the data will most likely show the Republicans winning on election day. However, when the data changes to show the Democrats leading after election day, it will cause uncertainty and make people suspicious.

Trump has been telling lies since he became the UNITED STATES President in 2016. He does not deserve to become President again.