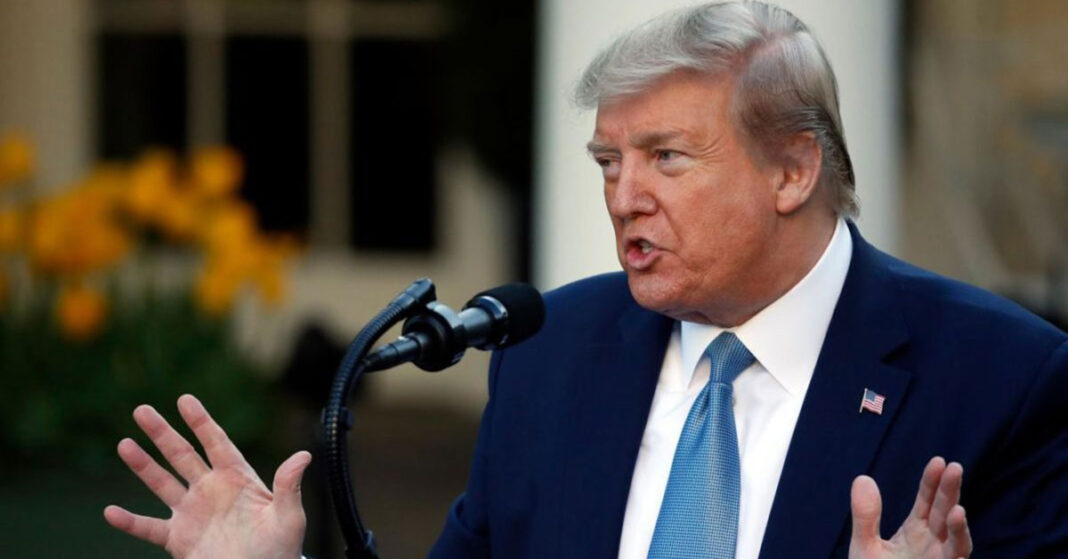 America stood number one in the number of cases per day. The healthcare facilities fell short and hospitals started to overflow. Much of the funds had to be delivered to small businesses that had to save themselves from bankruptcy in the future.

Hence, many businesses also started to take government money while also removing their employees. All of these factors acted as a huge disadvantage for the American economy.

Trump in an attempt to re-lift himself and his campaign in the coming elections, started a campaign. Trump started trying to ease up the lockdown and start opening up recreational spots around the country.

The statistics that are being shown during the lockdown display that a total of about 5.2 million Americans had filed for unemployment benefits. This comes as an even greater drawback for the economy. Hence, the need to restart the country and open up states had been essential.

Even though Trump is showing immense enthusiasm upon the slowing of the curve for the state of Washington, still many states are at a high threat. The governors belonging to other states are taking a cautious approach as the cases keep on rising.

The mayor of Los angles has given out a statement postponing all sports-related events for the coming year to 2021.

Trump has been in dire need to come up with an efficient solution to please his voters and secure his position in the upcoming elections. To counter all the negative remarks of the opposition, he has been taking the step of opening up the states.

Trump also admitted on Monday that he did not initially handle the coronavirus situation well enough. This gave more room for the opposition to form a case against Trump. Moreover, this news deepened the divides we see in the media.

He also added to it the next day, blaming WHO for not being active since the start and not being able to deal with the situation in an effective manner.