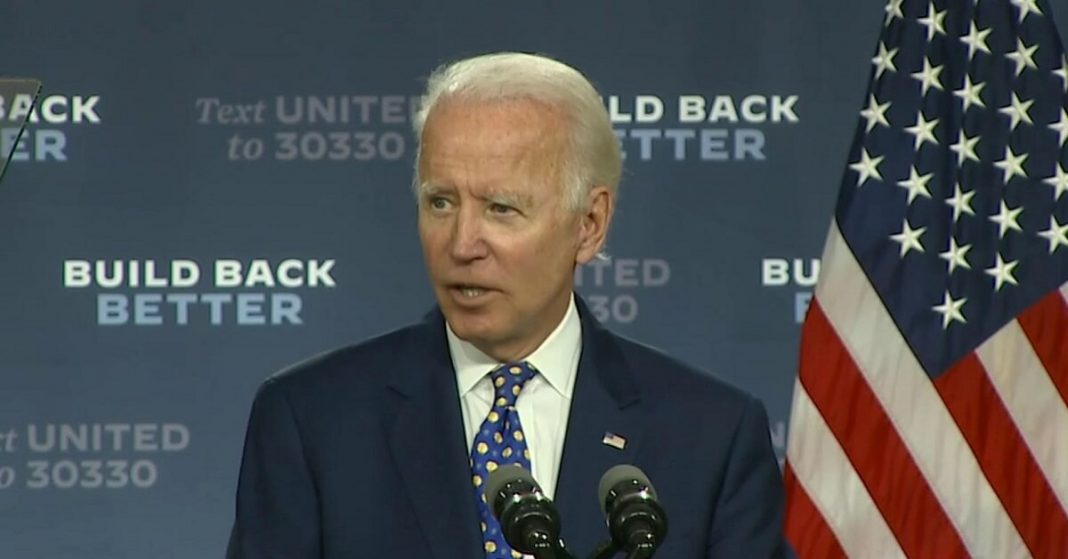 In the video, the bus is shown running a red light which disrupted traffic and resulted in a delivery van driver jamming the brakes to avoid the oncoming bus. A Twitter user captioned the video expressing that he found it a fun activity to harass the Biden bus.

The hearse mocks the Democrats, one of the quotes on the car claiming that it gathers votes from a Democrat cemetery. Moreover, it also donned one of Trump’s logos.

A user on Facebook posted a recording of him following the hearse along with several other Trump supporters with flags on their cars. He also mentions that traffic has come to a standstill. He says such a thing could only happen in Texas and adds how much he loved the situation.

According to the Houston Chronicle, the Biden campaign initiated this bus tour to encourage the residents of Texas to vote for Biden. It is scheduled to visit 14 cities over the course of three days.

Texas is an essential state for the candidates as 1 million people have already cast their ballots, breaking records. Harris County in Texas already holds the record for the highest number of votes from the 2016 election which amounted to 1.34 million votes. If they continue at the same pace this year as well, they may break this record as well. 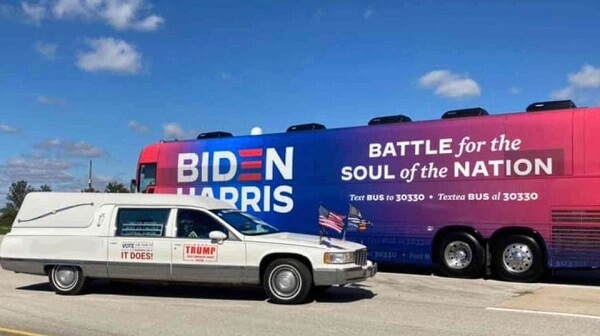 People from all over the country have been setting examples where they went out of their way to vote in the election. A 94-year old lady was reported to have driven 600 miles with her son to vote because she did not receive her absentee ballot.

In addition to this, a NASA astronaut also cast her vote from space from the International Space Station.

Moreover, Texas is considered a Republican state, and no Democrat has been able to win over the state since 1976. Kamala Harris will also make an appearance at the state in person on Friday.