Presidential elections 2020 conclude with a victory of the former Vice President and the Democratic nominee, Joe Biden. Finally, after a vigorous campaign, the Democrats won the battle against the Republicans.

What to expect from Biden after his historical victory? When Joe Biden added his name for the presidential elections 2020, he declared two vital reasons for his standing: Firstly, to work for the workers who have built this country. Secondly, to restore those values that will eventually lead to a united America.

During the campaigns, Mr. Biden highlighted key issues from the ongoing pandemic to racial inequality and has promised the people to carry forward former President Obama’s legacy.

One of the biggest challenges of Biden as soon as he takes up the office would be the ongoing second wave of the coronavirus pandemic. During his campaign, he described his approach to tackle Covid-19 by providing free testing for everyone and hiring around 100,000 natives to set up a national contact-tracing program. He also added, currently this is the most immediate challenge that the country is facing. 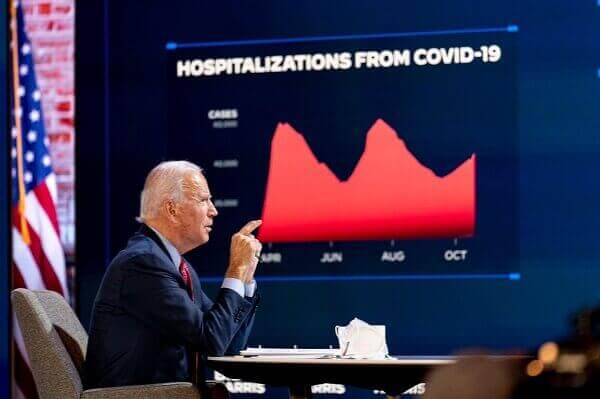 Moreover, his key agenda as the President of the United States of America was to work for the Blue-collar workers. During his address, he highlighted how the ongoing coronavirus lockdowns impacted the lives of the people financially. He also went on promising he will increase the minimum wage and invest in green energy. He further elaborated that through Trump-era tax cuts, he will also extend loans and raise direct money payments as well.

After the “Black lives matter” protest the US is in hot waters as a racist country. While campaigning for the presidential elections 2020, Mr. Biden also brought light on the racism issues. He declared that it’s high time that America must deal with racism. Furthermore, he believes that the only way to eradicate it is through economic and social programs. He also promised to bring criminal justice reforms and give grants to minority families.

Apart from these immediate challenges, Biden has also made other promises related to the health sector, education sector, foreign policies, etc.

Now the wait is to see how Biden fulfills all the promises despite the challenges as the 46th President of the United States of America.