Last year, the rapper T.I came under fire for claiming that he takes his 18-year-old daughter to the gynecologist every year to check her virginity status. This caused a huge controversy and even resulted in lawmakers trying to ban virginity testing.

Now, his stepdaughter Zonnique Pullins has come forward updating that T.I has changed his behavior and approach towards his daughters recently after Zonnique became pregnant with her first child. She said her pregnancy has had a major effect on the dynamics of her family.

She continues to add that he’s being more sensitive and careful now and he has also grown to learn how to deal delicately with issues relating to his daughters.

Pullins also commented on the relationship between T. I and his daughter, Deyjah, saying that he’s learned to be more sympathetic towards her and that they have gotten to know each other more and grown together.

In an episode of T.I and Tiny: Friends and Family Hustle, Deyjah expressed that she felt very uncomfortable hearing him talk about the visits to the doctor. She also felt frustrated because they were on a vacation at that time and she could not leave her family and have alone time at that moment.

She added that before this incident, her relationship with her father was pretty good, but afterward, it’s not the same anymore.

T.I returned to the Ladies Like Us podcast to apologize publicly to his daughter for what he said. He explained that he wanted to do it earlier, however, his daughter advised him to be silent. He also admits that he was being insensitive and told the story in a light-hearted manner which he should not have.

He clarified that he used to accompany her to the doctor when she was younger and both she and her mother did not have any problems with it. He also added that she did not mind him coming along, but did not want him to talk about it publicly.

Pullins has also spoken on her dad’s reaction to her pregnancy; she was already expecting him to have a hard time adjusting to the fact that she was pregnant although he is happy for her. Why RoundUp! Class Action Claims Are Time Sensitive For You 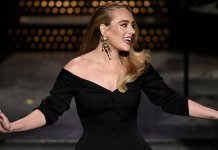 Adele One Night Only: A two-hour CBS special about the new album and discussions on divorce, motherhood as well as weight loss