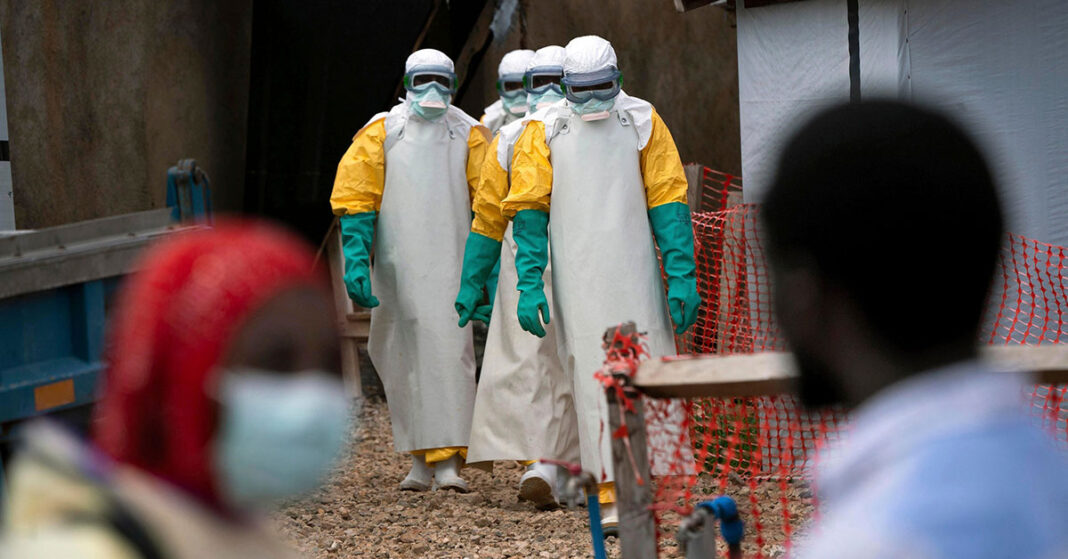 An Ebola outbreak was declared in the Democratic Republic of Congo on the 1st of August this year. This is the 10th outbreak in the country since 1976. According to the World Health Organization (WHO), there have been 118 deaths confirmed due to the Ebola virus. The government is making efforts to combat the disease, but these efforts are seriously hampered by the fighting between armed militants and government forces.

This was what happened in Beni, one of the main centers of Ebola. Six cases of Ebola were reported here. WHO has reported some new cases in Komanda, which is a part of the Ituri province.

ADF rebels have been creating conflicts in Beni and its neighborhoods, and this has caused a setback for the efforts to fight Ebola. In a recent incident, ADF rebels killed 18 civilians in two separate attacks. The first incident occurred in Mangolikene, situated 9 miles from Beni, where around 13 people were killed. The second attack was in the Paida district, which is present in the eastern outskirts of Beni. 5 more people were killed there, and 2 civilians were injured.

These series of attacks happened just 3 weeks after the attack on ADF’s stronghold near Beni. The mission was a joint one between the DRC government fighters and MONUSCO, and it resulted in the deaths of 7 UN peacekeepers.

In recent years, hundreds of civilians have been killed as a result of rebel attacks. ADF is known for its cross-border fighting history with the Ugandan army, the massacre of civilians, and attacks on peacekeepers.

Infections in Women and Resurgence in Various Hotspots

The insecurity in Mabalako and Komanda is affecting the response activities and operations related to Ebola prevention. According to reports, around 44 health workers were also infected due to the Ebola outbreak. Some of the newly reported patients contracted the disease from infected health workers themselves. According to the Health Ministry, medical agents are working in dangerous zones and will continue until their mission is completed. At the same time, the Health Ministry is certainly trying to protect them by taking the necessary safety measures.

So far, the Ebola cases consist of 62% women, out of which 18 were pregnant and 7 had recently delivered or were breastfeeding. The virus has also infected 27 babies and killed 21 of those infants. Their number contributes up to 24% of all the people infected with Ebola.